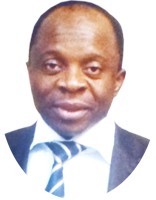 HOW POLICY, DEVELOPMENT AND humanitarian tasks are carried out in various countries of Africa remain intriguing and astounding. The sorts of modelling involved in the various interventions remain also a study in creative thinking. Many things done at the national and sub-national levels are based on “guesstimates” and extrapolations, in which cases there are […]

Most citizens of society crave order, peace and equity and finance their ancillary architecture and infrastructure through their tax obligations. For many, it seems like an aberration to consider the deliberate deployment of this justice ecosystem, namely the judiciary, the police, special order and peace task forces and the prison institution for revenue generation. Champions […]

MALDIVES, A SMALL ISLAND STATE in South Asia with a population of well over half a million people, is at risk. The country, spread over a thousand islands and famed for its aquatic life, luxurious beaches and breath-taking seascape such that it can sometimes be difficult to know where the azure sky meets the clear […]

The progressive tax system, based on taxpayers’ ability to pay, imposes higher tax rates on those with higher incomes. The Nigerian tax system is quite progressive, with gradatory rates increasing with income and wealth. Lower-income earners and those who spend a sizeable proportion of their income on necessities ideally should benefit more from progressive taxation. […] 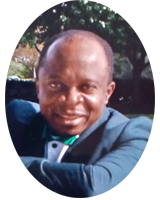 LIGHTS MAY BE GOING OUT in many parts of the continent of Europe in November this year while the United Nations Climate Change Conference of Parties (COP) 27 meeting gets underway in Sharm El Sheikh, a cosy town on the north-eastern fringe of Egypt. The night time satellite imagery of Europe may not be exactly […]

Effective human interactions are often contingent on principles of proper conduct. It becomes even more pronounced with the exchange of money or other things of value. That is why businesses with solid reputations thrive much better than the ones without them. In the same vein, it is difficult for subnational governments to expand their internally […]

ENERGY WARS LOOM GLOBALLY, not necessarily in the conventional context of trench battles, military operations, firing of cannons and missiles, but in the form of tit-for-tat diplomacy, business decisions, economy and politics. This finds expression in the diplomatic showdown between the European Union (EU) and Russia, which shows no immediate sign of easing as the […]

ENERGY WILL BE AT THE heart of the future economy, locally and globally. It will set apart the poor and the prosperous. It will define prosperity or poverty at the individual, household, corporate, national and global levels. Energy will influence productivity in no small measure for good or for bad. The dichotomy is already becoming […]

PLACARDS, BANNERS AND POSTERS of protesters may or may not be obvious or ubiquitous in November in Egypt in a manner reminiscent of the Battle of Seattle, a series of protests that marred the November 1999 World Trade Organisation (WTO) Ministerial Conference in Washington State in the US. Rather, there may be protests right within […]