The Central Bank of Nigeria (CBN), says it is directly involved in financing agriculture, infrastructure and Micro Small and Medium Enterprises (MSMEs) to ensure real growth in the economy. 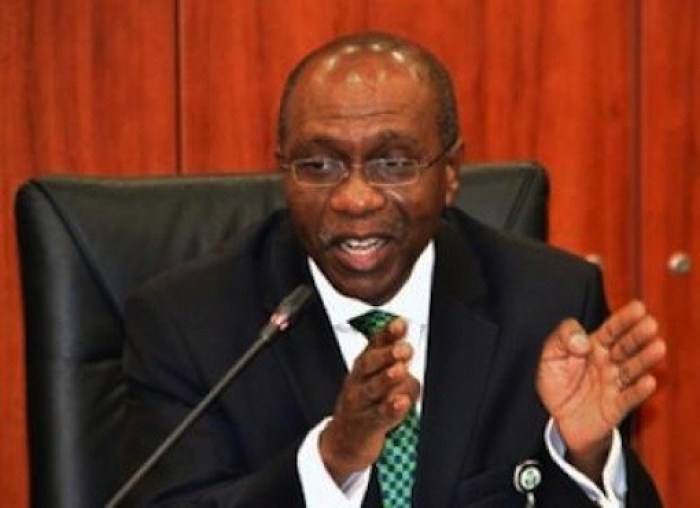 Isaac Okorafor, CBN’s director, corporate communication, said this on Wednesday in an interview with the News Agency of Nigeria (NAN) on the sidelines of the IMF/World Bank meetings taking place in Washington DC.
Okorafor said this in reaction to the recent IMF recommendation that the CBN should end its direct intervention in the economy and focus on its key mandate, which is ensuring price stability.
“There is nothing unusual about what the CBN is doing. We agree with the IMF that one of the core functions of the Central Bank in any country is to maintain price stability “They said we should focus on inflation targeting, but that is just one bit of it, IMF will expect us to import food and not make arrangements to produce our own foods. The CBN is funding farmers who will grow food, supply to our people and by doing so reduce the price of food in the market,’’ he said.
He said that food was responsible for about 50 per cent of the causes of price increase in Nigeria, saying, “so what we are doing is delivering on our core function which is ensuring that there is price stability’’.
“By giving easy credit to farmers who will produce food and bring down the price of food, we are delivering on price stability,’’ he said.
Okorafor said that the apex bank was also intervening in infrastructure because the present high cost of doing business drove up interest rate as well as other costs. The CBN director said that the bank’s strategy was already yielding positive results and millions of jobs had already been created through the provision of credit to farmers and small scale enterprises.
The CBN, under Godwin Emefiele’s leadership, is acting as a financial catalyst in specific sectors of the economy particularly agriculture. The aim is part of efforts to create jobs, improve local food production, and conserve scarce foreign reserves, he further explained.
He said that Emefiele has introduced the Youth Innovative Entrepreneurship Development Programme (YIEDP) inaugurated in March 2016 targets which targeted 10,000 youths within four years. Okorafor said under the scheme, a credit line of up to N3 million was made available to each eligible youth, while recipients who made good utilisation of the funds were encouraged to migrate to other CBN intervention schemes to access more funds.
He said that the Anchor Borrowers’ Programme (ABP) inaugurated by President Muhammadu Buhari was one of the intervention schemes introduced by the CBN. The programme is aimed at creating economic linkages between more than 600,000 smallholder farmers and reputable large-scale processors with a view to increasing agricultural output.
Under the programme, he said the sum of N40 billion was set aside from the N220 billion MSMEs Development Fund for farmers at a single-digit interest rate of nine per cen. “Also, a N300 billion Real Sector Support Fund (RSSF) was established as part of efforts to unlock the potential of the real sector to engender output growth, value added productivity and job creation.
“Similarly, we have the N213 Billion Nigerian Electricity Market Stabilisation Facility (NEMSF). “It is aimed at settling certain outstanding debts in the Nigerian Electricity Supply Industry (NESI). Under the fund, the sum of N56.68 billion has been disbursed to five generating power companies and five distribution companies. “Under the Health Sector Initiatives, the CBN plans to establish at least one Wellness and Diagnostic Centre (WDC) in each of the six geo-political zones of the country.