The Central Bank of Nigeria has released a total of N610.4bn to the banks for farmers under the Commercial Agricultural Credit Scheme. 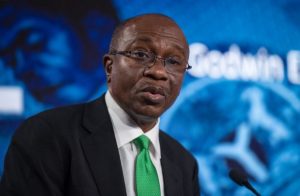 The CBN disclosed this in its economic report for the third quarter report on the performance of the CACS.

The apex bank also said a total of N1.21bn loan was guaranteed to 9,752 farmers under the Agricultural Credit Guarantee Scheme in the third quarter of 2019.