The Central Bank of Nigeria’s Monetary Policy Committee (MPC) ended its two-day meeting in Abuja, retaining the Monetary Policy Rate (MPR) at 13.5% and other rates unchanged. 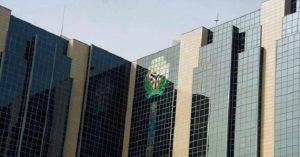 The chairman of the committee and the apex bank’s governor, Godwin Emefiele, at a post-meeting media briefing said the decisions to retain all the key rates was unanimously taken by the committee members after considering developments in the domestic and international economies.

Emefiele, who described the outlook in the domestic economy as promising, said recent monetary policy measures by the CBN, including the LDR, the textile intervention fund, had been achieving the desired results, particularly in terms of improving credit to key sectors and productivity of the real sector.

For instance, he disclosed that over the last three months of the LDR policy, banks’ lending to customers, especially those engaging in productive activities had increased by about N1.6 trillion.

He assured that the CBN would continue to encourage banks to lend more to manufacturers, farmers, and other producers to stimulate domestic growth, reduce importation of items that can be produced locally, and by so doing, stimulate the nation’s GDP growth rate.

According to him, sustaining the monetary policy measures should be complemented by approximate fiscal measures as a strategic option of making the domestic environment more supportive to businesses and encourage foreign investors to invest in the economy.

The banker also spoke on the position of the the MPC on the closed borders, saying that despite some complaints about the measure, available evidence at the disposal of the CBN showed that the objectives are being achieved.

On the question by journalists about the marginal slide in the foreign reserves and the worrisome inflation rate trajectory, Emefiele said the reserves level should not create fears, pointing out that even when the reserves dropped to about USD23 billion a few years ago, the country was still able to fulfill foreign exchange obligations.

He expressed optimism that the nation’s inflation rate, now being triggered by prices of food items would come down as soon as food production interventions by the apex bank and other supportive fiscal measures by government begin to impact the various food commodities’ value chains.