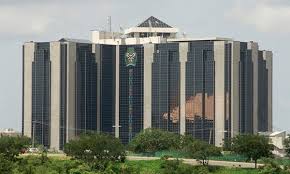 The CBN resumed its liquidity mop-up last week, offering a total of N570bn in three Open Market Operation auctions, with a total bid-to-cover ratio of 2.0x, 0.6x and 2.0x on the short-, medium- and long-term offerings. Thus, most demand was witnessed on the long-term bills despite rate moderations.

At Thursday’s auction, a total sum of N140bn was offered across 91-, 175- and 336-day tenors, respectively, which recorded (2.3x) over-subscription on long-term bills while the short- and medium-term were under-subscribed by 2.0x and 1.0x, respectively.

Overall, the stop rates declined consecutively at each auction last week due to the high level of demand.

Last week, activities in the Treasury bills secondary market sustained a bullish trend on the back of bolstered system liquidity from the Federation Account Allocation Committee’s injections at the start of the week, as well as increased demand from offshore investors towards the end of the week.

Thus, the average yield contracted to settle at 12.9 per cent week-on-week, moving 21 basis points southward. Demand was largely witnessed in the medium- and long-term bills, causing yields to drop by 30bps week-on-week a piece.