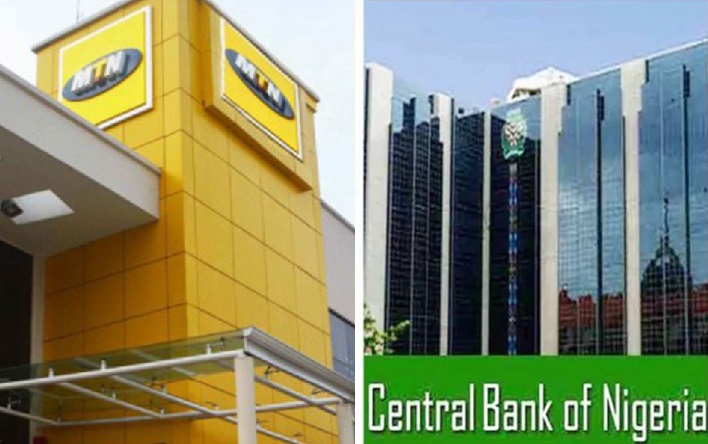 The court hearing of a case involving Nigeria’s central bank and South Africa’s telecommunications giant, MTN, over a $10.1 billion was on Tuesday adjourned till December 4.

The central bank alleges that MTN illegally sent $8.1 billion abroad, and the Nigerian government has demanded $2 billion in taxes from MTN between 2007 and 2015.
Sitting at the Federal High Court in Ikoyi, Saliu Saidu, the presiding judge, after hearing submissions from lawyers on both sides, adjourned the matter till December 4, 2018, for hearing on all pending applications.
At the adjourned hearing in December, MTN will make its case to stop the central bank asking for the return of $8.1 billion to Nigeria. Specifically, court documents show that MTN will draw attention to a 2016 senate investigation into alleged foreign exchange violations where the CBN, in sworn testimony, said that the company was not in breach of any provision of the law with respect to the contested Certificates of Capital Importation (CCI).
Africa’s biggest mobile operator, which makes about a third of its annual core profit in Nigeria, says the allegations are without merit but added that no further negative steps have been taken by authorities in Nigeria.
The CBN on August 29 ordered the firm and four of its lenders to bring $8.1 billion back into Nigeria that it alleges the company sent abroad in breach of foreign exchange regulations. MTN also faces a separate $2 billion tax demand from the Attorney General’s office.
Four banks including Standard Chartered, Stanbic IBTC Bank, Citibank and Diamond Bank have afterwards suffered the imposition of a sanction of N5.87 billion for allegedly remitting dividends with irregular Certificates of Capital Importation on behalf of the South African firm.
MTN, which makes about a third of its annual core profit in Nigeria is insisting that the allegations are without merit.
Rob Shuter, the chief executive officer and president of the MTN Group said the pending case has been in the way of  the company’s  listing on the Nigerian Stock Exchange, however, assuring it would continue to work towards it.
“MTN Nigeria’s plans to list have been challenged by the recent Central Bank of Nigeria and the Attorney General of the Federal Republic of Nigeria’s matters; however, MTN remains committed to the listing in Nigeria and work continues in this regard,” said in a monitored report on Tuesday.
On Monday, Shuter, said that MTN will keep engaging with Nigerian authorities to resolve the  $10.1 billion dispute, but is putting its faith in the courts to protect itself.
In addition, Wole Olanipekun, lead counsel to MTN, said in a statement that the company “trusts that the Nigerian judicial process will reach the inevitable conclusion on this matter and justice will take its course.”
A separate hearing between MTN and the attorney general over the tax demand has been scheduled for November 8 at the same court.