The Central Bank of Nigeria (CBN) has doused fears that its aggressive drive to increase banking sector’s lending to the private sector will result in a gradual accumulation of non-performing loans (NPLs) in the sector. 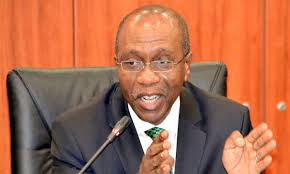 Isaac Okoroafor, the director, corporate communications, CBN, said in an interview yesterday that with the lending clause introduced recently by the Bankers’ Committee, it would be difficult for habitual loan defaulters to operate in the sector.

With the clause, a lender would be able to recover its loan from the assets of a defaulter domiciled in another bank.

The central bank had last week raised the minimum loan-to-deposit-ratio (LDR) to 65 per cent with a December 31, 2019 deadline, up from the 60 per cent it had stipulated at the end of September.

Owing to these, the International Monetary Fund (IMF) on Wednesday warned that the new regulations to spur lending, should be carefully assessed and may need to be revisited in view of the potential unintended consequences on banks’ asset quality, maturity structure, prudential buffers and the inflation target.
The level of NPL ratios in the banking sector stood at 9.36 per cent as at June 2019. That was the first time it would drop to single-digit in the past 40 months.

But Okoroafor allayed fears expressed by the IMF, saying there are safeguards to protect the system.

“First of all, it is important for us to come to the realisation that the primary responsibility of banks is to act as catalysts, by being intermediary between the surplus sector and the deficit sector,” he said.

According to him, a review of banking sector loan portfolio in Nigeria by the Monetary Policy Committee (MPC) showed that in the last one year, credit to the private sector has been flat.

He said: “What the MPC found out was that banking industry loan has been at best flat and in most cases, dropped. And the central bank felt that to encourage the banks, we need to be aggressive by prescribing for them what the minimum LDR should be.

“Yes, we have heard in some quarters that it will push up NPLs. That is not true. It is not true because we have put in a rule whereby those who have access to credit are people who genuinely do require those loans.

“In this case, we have introduced a clause, which we have mandated all banks to put in the offer letters to their customers. The clause states that by accepting the offer or by drawing the loan from a bank that I warrant that I would pay back the loan. And if for any reason I don’t pay back the loan or abandon it and go to another bank to open an account, the central bank has the right to go to the new bank I opened account, take the customer’s money and pay off the loan.”

He added that what that meant was that the probability that somebody would either argue with his bank or go to court would not arise.

He explained: “This is because he has on his own signed the document that states that if he takes the loan and does not pay, the central bank can go to his other bank and take money from his account.

“What does that mean? It means that the only place we would see people not paying their loan is if they are totally bankrupt, in which case, they don’t have any money in the banking industry.