The Central Bank of Nigeria (CBN) recently issued a statement to the public through the media, stating that come February, 300,000 metric tonnes of maize will be released into the Nigerian market by strategic anchors facilitated by the CBN-financed Anchor Borrowers’ Programme (ABP) and other drivers in the supply chain. 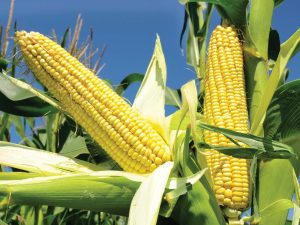 The apex bank’s statement further noted that the move is expected to lead to a crash in the prices of maize and increase its demand for the crop, eventually enhancing the gains of maize farmers.

Commenting on the statement, Edwin Uche, president of Maize Growers, Processors and Marketers Association of Nigeria (MAGPMAN), raised optimism about maize prices falling to the range of N120,000 per metric tonne in the next couple of days.

The statement was also commended by some market observers who predicted a decline in maize prices from the current rate of the commodity, which currently stands at N155,000 per tonne to within N120,000 and N140,000 per tonne in the immefiate aftermath of the proposed release.

However, while Nigerians are being deluded into the perception of an impending crash in maize price, an insightful scrutiny of the maize industry paints a clearer picture of the situation.

Statistics by the United States Department of Agriculture showed that Nigeria’s domestic maize consumption per annum is about 11.8 million metric tonnes.

Though the grain crop is noted for its edibility and nutritional value in human consumption, over 60 per cent of the crop is is processed into animal feed, particularly the poultry sector, household consumption accounts for 10-15 per cent, while the remaining goes to feed raw material and ingredient for food manufacture, and also, a basic ingredient in the production of beverage, starch, dextrose among others.

Nigeria’s annual production level, ranked 13th in the world and second in Africa behind South Africa, averaged 11 million tonnes per annum in 2019 and was forecast at 11.5 million tonnes in 2020 by the United States Department of Agriculture (USDA).

Unfortunately, maize production suffered a decline in 2020 as it was afflicted by many challenges. The most prevalent including; the covid-19 pandemic and the resultant lockdown, which disrupted farming activities, flooding and unfavourable weather conditions in many maize producing areas, insecurity caused by Boko Haram insurgency, kidnappings and herdsmen-farmers crisis, especially in the Northern region where most of the maize is grown.

Bello Abubakar, president of the Maize Association of Nigeria (MAAN), in his assessment of the low supply and price hike, pointed at the insecurity around the major maize producing belt of Niger, Kaduna, Katsina, Zamfara and some areas in Kano State. He further blamed the activities of hoarders and middlemen who engage in hoarding of the grain for raising the price.

Also noting the challenges encountered in the maize sector and the resultant price increase, Edwin Uche, president, Maize Growers, Processors and Marketers Association of Nigeria (MAGPMAN), noted that banditry, drought in some parts of the country in 2020 and activities of middlemen are responsible for the current high price.

The poor yield experienced by maize farmers across the country resulted in a production plunge and total maize production was estimated at 9.0 million tonnes, a shortfall of about two million tonnes and 13 per cent below the USDA’s forecast of 11.5 million tonnes.

The federal government, in an attempt to encourage local production, imposed a ban on the issuance of forex for the importation of maize in July 2020, leading to increased demand from local processors, a resultant scarcity in supply shortfall and price inflation.

Nigeria’s poultry sector, the highest consumer of the crop, being the most threatened and hardest hit by high corn prices, vehemently decried the import ban and production shortfall as it had adverse effects on poultry and egg production, incurring losses worth billions of naira.

Pressured by outcries from the poultry sector and other stakeholders, the government in partnership with the Nigeria Customs Service (NCS) was forced to ease import waivers to four agro-processing companies; Wacot Limited, Chi Farms Limited, Crown Flour Mills Limited and Premier Feeds Company Limited, to enable them import 262,000 tonnes of maize to bridge the shortfall in production and augment local supply.

Reacting to the import waivers, Blessing Alawode, chairperson of the Poultry Association of Nigeria (PAN), Ogun State chapter, noted that the 262,000 tonnes of imported maize was not enough to meet the requirement of the poultry industry for one month and unable to salvage the poultry industry from the crisis caused by the shortage in maize supply and price inflation. She added that there was an urgent need for the government to authorise more importation of the crop so as to augment local production and boost supply, complement demand and consequently, reduce market price.

Speaking on behalf of the association, Odunsi warned that the acute scarcity and astronomical price of maize is capable of crippling the poultry industry and creating a redundancy within the current 10 million jobs in the poultry value chain of the economy, if the government fails to make a significant intervention. .

He also called on the government to facilitate the importation of animal grade maize to mitigate the shortfall in local production. This, he said, is the most critical measure capable of reducing maize price and saving the poultry industry from collapsing.

The Central Bank of Nigeria has been a major facilitator in the implementation of projects relating to the production and supply of maize in the country.

As part of its financing framework, the CBN has reportedly facilitated the funding of maize farmers and processors through the ABP Commodity Association, private/prime anchors, state governments, Maize Aggregation Scheme (MAS), and the Commercial Agricultural Credit Scheme (CACS).

Bello Abubakar, while confirming the release of credit to its members by the apex bank, disclosed that over 200,000 farmers have targeted producing over 25 million metric tonnes of maize in the forthcoming planting season.

According to him, the credit secured by the CBN is being distributed to members along the maize value chain, nation-wide. He expressed confidence that the support of the CBN would boost production and ultimately ensure availability, as well as stability in the price of the commodity.

On the other hand, however, the Federal Ministry of Agriculture and Rural Development (FMARD), the country’s main policy driver on agriculture, has curiously played a rather reserved role and is yet to spearhead any significant policy aimed at resolving, neither has the ministry released a statement to address the issues confronting the maize sector.

More so, the CBN statement which the apex bank circulated, instead of the agriculture ministry, has raised eye brows, particularly for the total absence of the FMARD in the equation. .

Maize cultivation, which is dependent on rainfall is sown in the South by March/April and May/June in the North for early maturing seed variety, while late maturing maize variety is sown by July/August. The crop takes three to four months to reach maturity and harvest stage.

As it stands, Nigeria is currently experiencing a hiatus in production as maize farmers await the rainy season to begin cultivation, posing a challenge of sustaining Nigeria’s maize consumption in the absence of production.

Nigeria’s monthly consumption of maize, according to market analyst, is over 500,000 tonnes. This implies that, prior to the incoming cultivation and harvest season, not less than three million tonnes of maize will be needed to meet market demand and influence a crash in the price of maize, placing a dent on the capacity of the 300,000 metric tonnes anticipated in February and its expectations of crashing the market price of maize, far from reality.

Timilehin Osunde, communication and research analyst at the International Institute of Tropical Agriculture (IITA), opines that the proposed release of the 300,000 metric tonnes of maize is a good measure, but he noted that the quantity is not enough to solve the maize crisis and too meager to effect a price decrease.