From centre-stage in Davos last year, President Donald Trump told the world’s corporate bosses that America is a great place to invest. It hasn’t quite turned out that way. 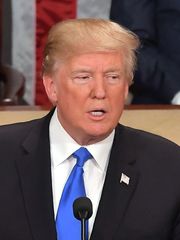 Foreign direct investment to the United States fell in 2018, and companies gathered at the World Economic Forum in the Swiss Alps this year say they are worried Trump’s trade war with China will dampen the global economy and business investments even further.

One key complaint here this week: Companies increasingly reliant on consumers in China have had to lower their earnings outlooks as the world’s second-largest economy cools.

And while the U.S. administration has cut taxes and regulations to attract new investment, a wave of caution is rippling through many industries in the United States.

“The trade war has been very damaging for the U.S. agricultural economy,” said David MacLennan, chief executive of U.S. food and agricultural giant Cargill Inc, which announced worse-than-expected results out of China earlier in January.

“The longer this goes on, the worse it is,” he told Reuters.

Foreign investment in the United States, which includes cross-border mergers and acquisitions and intra-company loans, fell about 18 percent in 2018 from the prior year, according to the United Nations Conference on Trade and Development (UNCTAD).

That is close to the 19 percent year-on-year drop in foreign investment globally. But it is notable given the deregulation and tax cuts that might have otherwise fed into inward investment. In January of last year, at Davos, many executives said they planned to spend money in the U.S. in 2018.

While the U.N. trade agency attributed the global and U.S. declines to the tariffs that the United States and China have imposed on each other’s imports since mid-2018, foreign investment in China actually rose 3 percent last year over the previous year. Foreign investment to India rose 7 percent.

But it is China, where Unilever last year joined forces with ecommerce giant JD.com to move its products around the country, that has become the more resilient market.

Jope said China was “one of our most reliable sources of growth. China provides the new stability in consumer consumption.”

The U.S.-China trade war has hit industries around the world over the past few months.

Big Chinese companies such as Alibaba have shrunk their plans to invest in the United States. Taiwan-based Foxconn has scaled back its plans for a Wisconsin factory, and Chinese automaker GAC Motor has also delayed a move into the U.S. market.

Chinese textile exports to the U.S. are among the goods facing tariffs. Lenzing mothballed a $322 million project in Alabama to focus on setting up a new production facility in Thailand.

To be sure, foreign companies are still investing, particularly in the auto industry.