Strong data from China kept world shares near a record high on Monday, sent copper to a 4-1/2 month peak and left emerging market stocks buyers cheering a near five percent gain in the last five days.

Figures from Beijing showed China’s economy grew at a faster-than-forecast 6.9 percent year-on-year in the second quarter thanks to a pick-up in industrial output and domestic consumption and as investment remained strong.

Asia shares had hit a 2-year high overnight and Europe’s bourses rose early on as they looked to score their fourth session of unbroken gains.

The jump in copper and other industrial metals, as well as higher oil prices following the Chinese data, meant mining firms led the charge through all sectors shuffled higher. 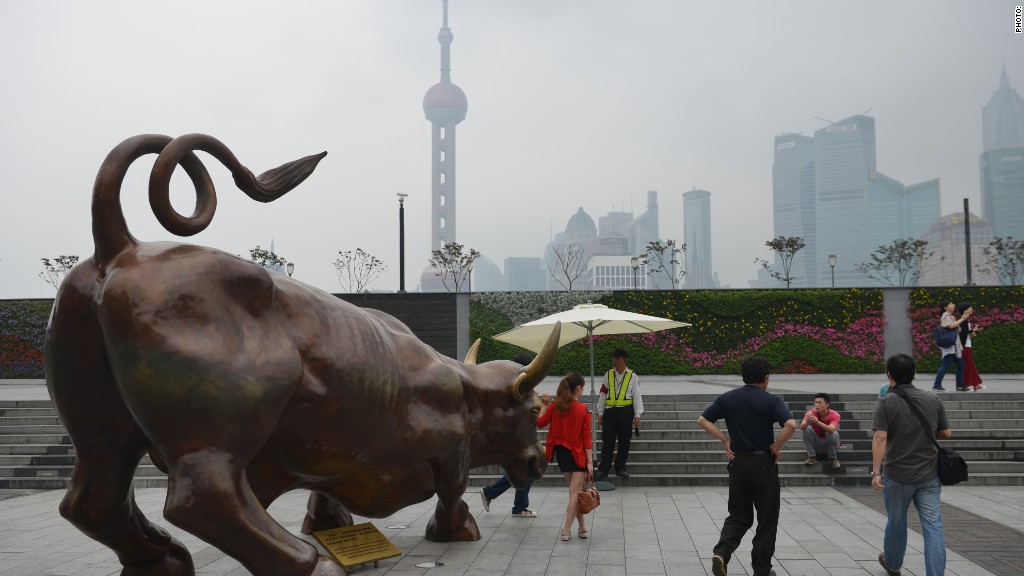 “I think it had a particular resonance after Friday’s (weaker than expected) U.S. CPI and retail sales data… so it is extending the Goldilocks environment,” he said referring to a not-too-hot, not-too-cold market climate.

That lackluster U.S. data meant the dollar was struggling to rise above a 10-month low in early European trading having watched commodity-based — and therefore China-linked — Australian and Canadian dollars jet higher overnight.

The Aussie dollar hit its highest level in over two years before it pulled back to $0.7813, while the Canadian dollar touched a one-year high before it settling at around C$1.2659.

Britain’s Sterling and the euro both eased against the dollar having jumped on Friday as officials from both sides prepared to for Brexit talks in Brussels. The euro was worth 87.52 pence.

UK Brexit Secretary David Davis, in the Belgian capital for talks with the European Union’s chief negotiator Michel Barnier a month after a first meeting, said on Monday that having “made a good start” during their last encounter, “this week we’ll be getting into the real substance”.

Working groups will focus on three areas: citizens’ rights; the EU demand that Britain pays some 60 billion euros ($69 billion) to cover ongoing EU budget commitments; and other loose ends, such as what happens to British goods in EU shops on Brexit Day.

“It seems that the British government wants to (take) major steps towards the EU in the upcoming round of negotiations… It has for example admitted by now that it would meet its financial obligations towards the EU — an auspicious beginning,” wrote Commerzbank analysts in a note to clients.

Gold gained too, rising to $1,229.90 an ounce in London, though it was copper that shone brightest of the metals as it climbed 1 percent to $5,983.50 a tonne, having earlier struck its highest since March 2.

Euro zone government bonds also barely budged, biding their time ahead of this week’s European Central Bank meeting for the latest signals on how the central bank plans to scale back its ultra-loose monetary policy.

The Bank of Japan too s expected to keep its ultra accommodative policy unchanged when it meets on Wednesday and Thursday.