China said on Monday that it will impose hefty penalties on sugar imports after lobbying by domestic mills, but experts said the ruling may not go far enough to stem the flow of lower-priced sweetener into the world’s top importer.

The ruling, which will affect about a third of China’s annual sugar imports, introduces an extra tariff for the next three years on shipments that the government said had “seriously damaged” the domestic industry.

The move could dent imports from top growers such as Brazil and Thailand as it will close the big gap between Chinese and international prices. Chinese sugar prices are around double those on the London market.

But traders said the higher tariffs will also likely spur increased smuggling across China’s porous southern border, while some imports from major producers may be shipped through third-party nations excluded from the tariffs.

Sugar is one of the few sectors in which China struggles to compete given the higher costs of its smallholder farmers, who produce about 10.5 million tonnes of cane and beet sugar a year.

The country imports another 3 million tonnes of the sweetener a year, while Beijing has been trying to crack down on illegal shipments of as much as 2 million tonnes a year, sources have said.

“While smuggling has temporarily slowed, there is a risk that the incentives for smuggling are still strong and in fact could increase if domestic prices rise,” said Tom McNeill, director of Green Pool Commodities in Brisbane.

The latest ruling exempted about 190 smaller countries and regions from the new duty, including smaller producers such as the Philippines and Pakistan as well as Myanmar on its southern border.

“Of course it will support the domestic industry for a short time,” said a China-based trader. “(But) the global raw sugar market just needs to drop a little below 15 cents” to make it profitable to import into China.

Global raw sugar prices SBcv1 were at 17 cents per lb on Friday. 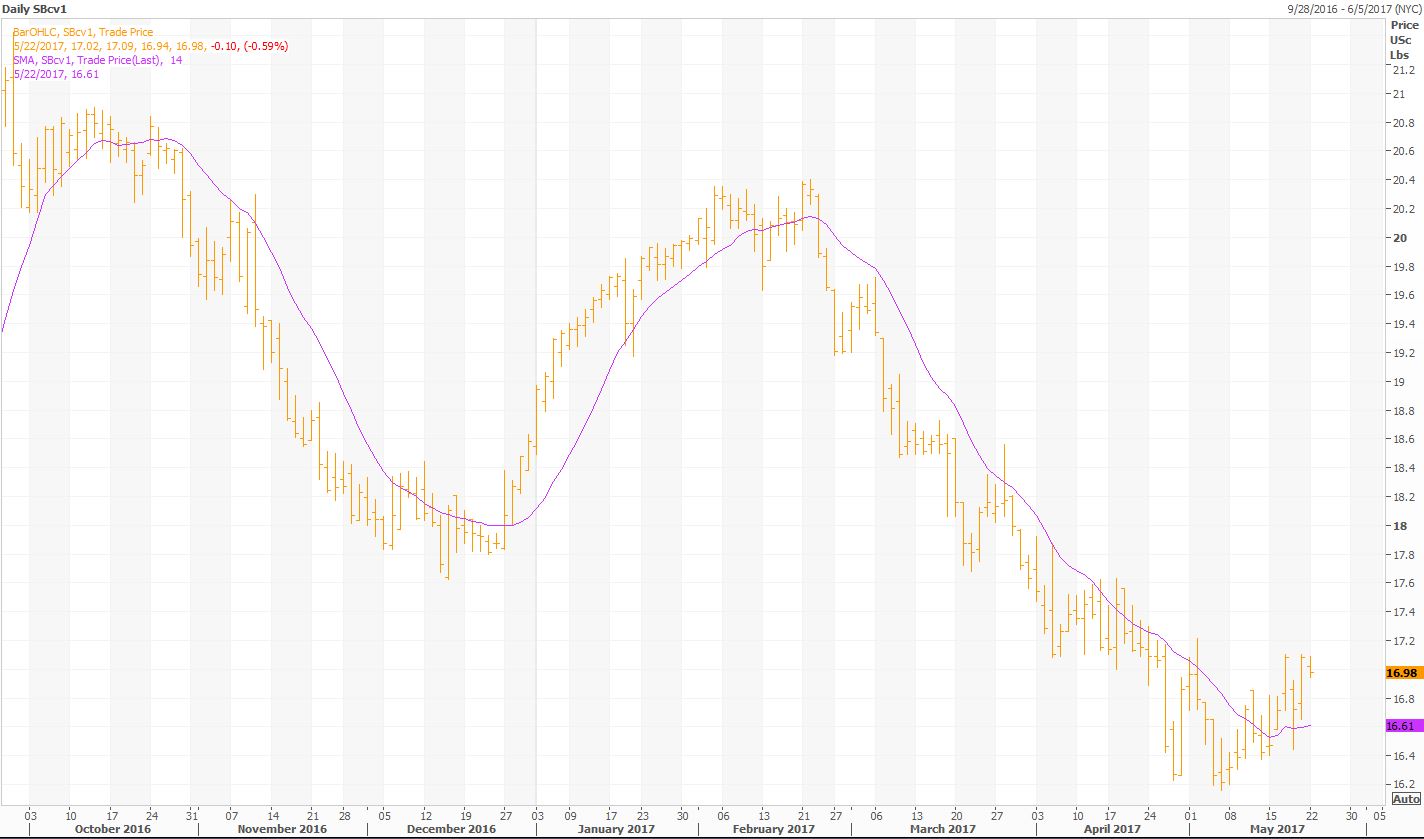 China currently allows 1.94 million tonnes of imports at a tariff of 15 percent as part of its commitment to the World Trade Organization.

Imports beyond this attract a 50 percent levy. Monday’s ruling will add an extra 45 percent duty to these imports in the current fiscal year, China’s Commerce Ministry said in a statement, taking the total to 95 percent. This will fall to 90 percent next year and 85 percent a year later.

The measures may also increase pressure on Beijing to sell more of its state reserves to prevent supplies tightening and prices spiking.

Sugar futures CSRcv1 initially fell more than 1 percent on the news as traders interpreted the move, which was in line with a draft proposal issued in April, as too lenient to staunch shipments. They were trading down 0.6 percent at 0650 GMT.

Thailand, the world’s third largest producer, played down the impact of the duty.

Its millers have a much lower shipping cost to China than rivals, Brazil and Australia, said Viboon Panitwong, chairman of the Thai Sugar Millers Corp Ltd, who did not expect the duty to significantly affect sugar exports.

Thailand exports about 300,000 to 400,000 tonnes of sugar to China a year, but sells much more to Cambodia and Myanmar, which then re-export sweetener to other countries.