China has made proposals in talks with the United States on a range of issues that go further than it has before, including on forced technology transfer, as the two sides work to overcome obstacles to a deal to end their protracted trade war, U.S. officials told Reuters on Wednesday. 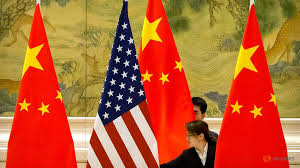 U.S. President Donald Trump imposed tariffs on $250 billion of Chinese imports last year in a move to force China to change the way it does business with the rest of the world and to pry open more of China’s economy to U.S. companies.
Among Trump’s demands are for Beijing to end practices that Washington alleges result in the systematic theft of U.S. intellectual property and the forced transfer of American technology to Chinese companies.
U.S. companies say they are often pressured into handing over the technological know-how behind their products to Chinese joint venture partners, local officials or Chinese regulators as a condition for doing business in China. The U.S. government says that technology is often subsequently transferred to and used by Chinese competitors.
The issue has proved a tough one for negotiators as U.S. officials say China has previously refused to acknowledge the problem exists to the extent alleged by the United States, making discussing a resolution difficult.
China says it has no technology transfer requirements enshrined in its laws and any such transfers are a result of legitimate transactions.
China has put proposals on the table in the talks that went further than any in the past, including on technology transfer, said one of four senior U.S. administration officials who spoke to Reuters.
“They’re talking about forced technology transfer in a way that they’ve never wanted to talk about before – both in terms of scope and specifics,” he said, referring to Chinese negotiators. He declined to give further detail.
Negotiators have made progress on the details of the written agreements that have been hashed out to address U.S. concerns, he said.
Reuters reported previously that the two sides were working on written agreements in six areas: forced technology transfer and cyber theft, intellectual property rights, services, currency, agriculture and non-tariff barriers to trade.
“If you looked at the texts a month ago compared to today, we have moved forward in all areas. We aren’t yet where we want to be,” the official said, speaking on condition of anonymity.
U.S. Trade Representative Robert Lighthizer and Treasury Secretary Steven Mnuchin arrive in Beijing on Thursday for a new round of talks with Chinese officials to work on a deal that would end a months-long trade war that has cost both sides billions of dollars and hurt global economic growth.
The in-person talks, which will be followed by a round in Washington next week, are the first face-to-face meetings the two sides have held in weeks after missing an initial end-of-March goal for a summit between U.S. President Donald Trump and Chinese President Xi Jinping to sign a pact.
Talks would continue as long as progress is being made on the core issues, the official said.
“It could go to May, June, no one knows. It could happen in April, we don’t know,” another administration official said.
The two sides still have differences over intellectual property and how to enforce a deal, he said.