United States’ UnitedHealth Group and Germany’s Allianz are sitting atop the list of the world’s largest insurers in terms of net premiums written (NPW), according to a ranking produced by AM Best, one of the largest credit rating agencies in the world specialising in the insurance industry, which said they are based on BestLink data and additional research. 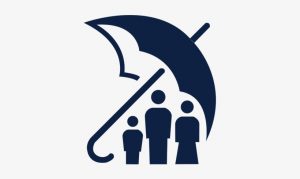 The ranking report shows that from 2019 to 2020, UnitedHealth Group took the top spot for the sixth straight year with $189.7 billion in net premiums written (NPW) and was followed by China’s Ping An Insurance Group and France’s AXA S.A.

The UnitedHealth Group is an American for-profit managed health care company based in Minnetonka, Minnesota and specializes in offering health care products alongside insurance services. In terms of revenue, it was ranked the second-largest healthcare company with $242.2 billion revenue in 2019. Similarly, it was ranked 7th on the 2020 Fortune 500. Since 2005, the company has shown continuous improvement in revenue, total assets and number of employees.

Ping An Insurance is a subsidiary of Ping An Insurance Company of China, Ltd., a Chinese holding conglomerate whose subsidiaries mainly deal in insurance, banking and financial services. With $107 billion in gross premium income in 2018, the company became China’s biggest insurer, and in 2020, it ranked 7th in the Forbes Global 2000 list and 21st on the Fortune Global 500 list. Ping An also ranked 38th in the 2020 WPP Kantar Millward Brown Brand ZTM Top 100 Most Valuable Global Brands list, and retained its number one ranking among global insurance brands.

Axa S.A. is a French multinational insurance firm that engages in global insurance, investment management and other financial services. It is a conglomerate of independently run businesses operated according to the laws and regulations of many different countries. Its operation extends through countries in Western Europe, North America, the India Pacific region, the Middle East, and Africa inclusive.

China Life Insurance (Group) Company specializes in providing life insurance and annuity products. Its subsidiary, China Life Insurance (Overseas) Company Limited is the strategic headquarter for overseas business development of the parent company as it has connections in Hong Kong, Macau, Singapore and Indonesia. China Life is ranked Number 94 on Fortune 2015 Global 500 Company list. In terms of total assets, China Life is the biggest life insurer in China with 70 per cent state ownership. The company also earned a number 13 position on Fortune China in the 2015 top 500 Chinese enterprises

Kaiser Permanente is one of the largest nonprofit healthcare plans in the United States, with over 12 million members. It is made up of three distinct but interdependent groups of entities: the Kaiser Foundation Health Plan, Inc. (KFHP) and its regional operating subsidiaries; Kaiser Foundation Hospitals; and the regional Permanente Medical Groups.

Anthem Inc. is a provider of health insurance in the United States. Its health plans have created a variety of PPOs, HMOs, various hybrid and speciality products, network-based dental products and health plan services that combine the attributes consumers find attractive with effective cost control techniques. On the Fortune 500, Anthem is ranked 29th.

The People’s Insurance Company (Group) of China Limited, through its subsidiaries, offers a range of property and casualty insurance products coupled with asset management services for a variety of customers throughout China.

Assicurazioni Generali S.p.A., also known as Generali Group is an Italian insurance company with operation in Europe, Middle East and East Asia. It also has large market shares in Italy, Poland, Hungary, Germany, France, Austria, Slovenia. and the largest of its kind in Italy. the company is also among the top 10 in the world.

Centene Corporation is a large publicly-traded company and a multi-line managed care enterprise that serves as a major intermediary for both government-sponsored and privately insured health care programmes. It is a healthcare insurer that focuses on managed care for uninsured, underinsured, and low-income individuals. Centene is the second-largest publicly traded corporation based in the state of Missouri. It ranked number 42 in the 2020 Fortune 500 list of the largest United States corporations by total revenue.