“We make A Living By What We Get, We Make A Life By What We Give”- Sir. Winston Churchill

Way back in the Third Century, a man who was named Nicholas, was born into an ideology and value of giving. He had no idea that centuries after his death, he would be known as Santa Claus.

He was just a man who loved God (General Over Destinies, as I see The Almighty) and genuinely cared for people, and who was known widely for his cheerful giving spirit, selflessly giving of his own possessions and doing kind deeds.

The story is told that after learning of a family who was in great financial distress, Nicholas came to their home at night, so no one would see or notice hi 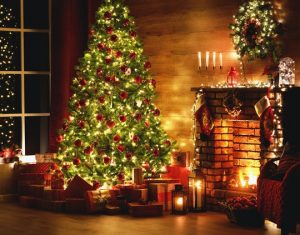 m, and threw a bag of gold through an open window, which landed in a shoe or stocking, warming by the fireplace.

Because of his kindness, Nicholas was made a Saint. St. Nicholas wasn’t only the saint of children, but also of sailors!

Some sailors were once caught in a bad storm off the coast of Turkey. As the storm was raging around them and all the men were terrified that their ship would sink beneath the giant waves, it is recorded that they prayed in faith, having heard of the kind help, amidst storms in lives of families across Turkey, that St. Nicholas would also somehow help them.

Suddenly, they felt the presence presented strongly on the deck before them, and also felt the ordering of the stormy seas to be calm, and the storm died away, and they were able to sail their ship safely to port.

No one really knows when St. Nicholas died; it was on 6th December, in either 343 (which seems to be the most probable), 345 or 352. In 1087, his bones were stolen from Turkey by some Italian merchant sailors. The bones are now kept in the Church named after him in the Italian port of Bari. On St. Nicholas feast day (6th December), the sailors of Bari still carry his statue from the Cathedral out to sea, so that he can bless the waters and so give them safe voyages throughout the year.

Research on “telekinesis”, in “The Reach of the Mind”, points to the fact that psychology is indebted to Professor Rhine for his pioneering scientific work on telepathy, clairvoyance and most recently, telekinesis. This work, extensively confirmed elsewhere, could not be seriously discussed until the combination of controlled experiment and statistical analysis showed, as it now has done, that effects are being obtained, which cannot be accounted for by any present theory or mental and physical interaction.

The late Sir James Jeans once remarked that any experiment should be regarded with the greatest caution until it was confirmed by theory. This is the present standing of these studies of “psi” phenomena. The reader receives the impression that Professor Rhine is studiously avoiding the statement of any working hypothesis and that he is best pleased when the results of the experiment are apparently senseless.

Michio Kaku in his book, “Physics of the Impossible”, says in theory, teleportation is a real possibility, but it’ll take ages before we can teleport humans.

Have you ever been stuck in a traffic jam, daydreaming about “beaming” yourself to your destination? This idea of teleportation involves transferring matter, energy or information from one location to another without actually moving it through physical space, and it’s not as outlandish an idea as you may have thought.

According to quantum theory, teleportation occurs spontaneously all the time. That is , electrons are constantly taking “quantum jumps” meaning, they can suddenly vanish and reappear elsewhere within the atom, or even appear in many different locations, simultaneously.

That is to say, it’s theoretically possible that one day you, me, we could get to where you, me, we need to – a meeting, a park or Mars – instantaneously.

There’s also a remarkable phenomenon called quantum entanglement which happens when you separate two electrons that vibrate synchronously. Even when they’re literally miles away from each other, whatever you do to one electron changes the state of the other. That is, the information of one is transmitted to the other.

Even more fascinating is that scientists have already succeeded in teleportation of objects through harnessing quantum entanglement; physicists have actually teleported trillions of atoms entangled with a beam of light over long distances.

Surely, there are windows into the possibilities wrapped within tomorrow, which we might have with clues successfully unearthed already as we give of ourselves, spirit, soul and body, for the benefit of mankind.

Let me leave you with these reflective questions: Where do you see a need you could help with this season? How could you gift yourself generously, giving your resources and time?