Proper development of the industrial subsector of the state is seen as the right key now for the economic development of Imo state which has,  for years, been riddled with huge youth unemployment and poverty, Chima Chukwunyere, managing director of Owerri-based Domino Paramount Hotels and chairman, Imo State Hoteliers Association, has told business a.m. 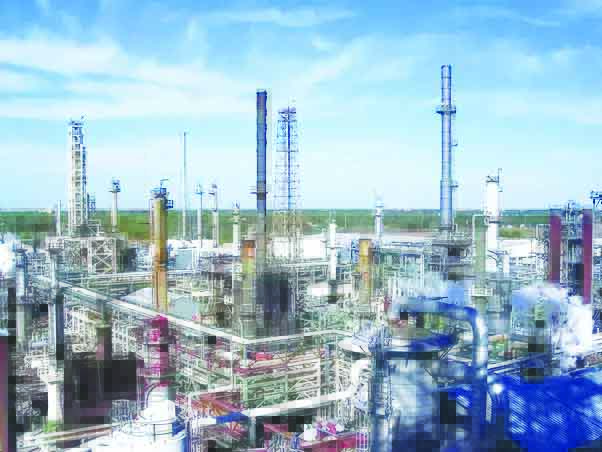 “For Imo State, with a huge number of unemployed graduates and school leavers, the leeway to stem the growing unemployment by the incoming government is to direct its ability, efforts and focus on the industrialisation and manufacturing sub-sector,” Chukwunyere said.

He observed that the past successive governments in the state,  including the out-going government of Rochas Okorocha as governor, seriously neglected the manufacturing and industrial subsector, therefore, the priority for the in- coming Emeka Ihedioha administration to lift the state from the shackles of poverty and from being the home of youth unemployment in the South East is to revamp the industrial layout in the Onitsha road so that investors would see it as an opportunity to come and invest in the State.

Also weighing in, Eric Onunji, a clergy who is the general overseer, True Believers Assembly, said: “The people of Imo State have chosen and elected him, by the grace of God, for so many reasons including to use his wealth of experience as a former Federal legislator and Deputy Speaker of the House of Representatives to lift the state from its battered condition.

“And for him to engrave his name in the heart of the people like the late Sam Mbakwe, Emeka Ihedioha should ensure the state is made viable again, economically, by creating good environments for both foreign and local investors. Serious investors that can set up manufacturing firms in the Onitsha Road Industrial Estate, and that would also enable youths to be gainfully employed,” Onunji, noted.

Imo State is endowed with abundant material and human resources, which if properly harnessed would stimulate development and make the state attractive for serious investors because the state is lagging behind in industrial development, he stated.

Imo State has opportunities for agro-based and agro- allied industries. There are opportunities in tourism, the ailing Adapalm, Imo rubber estate, Standard Shoe Manufacturing Industry, Avutu Poultry, among others which can be rehabilitated, but the priority for Ihedioha should be the industrial estate, he further advised.

In a telephone interview, Charles Odiuko Okeke, chairman, Tshabron Group, recalled that the administration of the late governor Sam Mbakwe had identified industrialisation as a catalyst for the development of the state and set up the Imo industrial layout in Owerri-Onitsha road here in the state and brought NEPA that mounted a 33KVA transformer, the administration created access roads and provided all the necessary amenities that would enable manufacturing to thrive.

“It was expected that subsequent governments were going to key in and continue with the industrial development, but it was most unfortunate, the subsequent administrations neglected that industrial site. And no government ever came to revive the critical amenities for industries to thrive,” he noted.

According to Okeke, some industrialists who were given industrial allocations did not thrive because most critical amenities were not there again, saying that it was the government of the former governor, Achike Udenwa that encouraged investors but it was late, when his administration was almost winding.

“But it was expected that the out-going government of governor Rochas Okorocha would have created good environments for industrialisation, he had enough time, he had enough resources and everything, but unfortunately, he just filtered those things away to the extent that we got to hear from the grapevine that he actually wanted to start selling all the industrial plots,” Okeke said.

Meanwhile, he is advising the in-coming Governor, Emeka Ihedioha to see industrialisation and manufacturing as the “heartbeat of the survival of Imo State.

“Imo investors are looking for where to go and setup industries, but they are being discouraged by the state of the industrial layout and all necessary manufacturing conditions.

“So Ihedioha should, as a matter of urgency and priority, take up industrialisation of Imo State and with particular focus on the industrial site provided by the late Sam Mbakwe government. He should identify genuine industrialists, empower them and provide all manufacturing conditions and this is going to be the legacy he would leave for Imo people,” Okeke said.