The island nation of Mauritius is set to host the 2022 African Economic Conference (AEC) from 9-11 December, Renganaden Padayachy, the country’s minister of finance, economic planning and development, said Thursday. 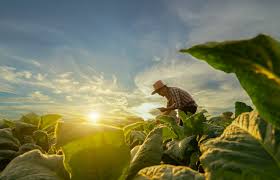 The AEC is Africa’s leading forum for discussing the continent’s emerging challenges and opportunities and is jointly hosted by the African Development Bank, the Economic Commission for Africa, and the United Nations Development Program.

This year’s conference will be held in a hybrid format, with in-person delegates gathering in the coastal city of Balaclava, northwest of Mauritius.

“Hosting such a high-profile event is truly a privilege and an honor for Mauritius,” Padayachy said at a news conference announcing the event.

Addressing the theme of AEC 2022, Padayachy referenced the World Risk Report 2021, which described Africa as the most vulnerable continent to climate disasters and Mauritius as highly exposed to the impacts.

The minister said the government is highly committed to accelerating the country’s green transformation process, aiming to generate 60 percent of its energy from renewable sources by 2030.

“Sustainable growth and inclusive development do involve a cleaner, greener, and more climate-resilient economy,” he said.

“Water supplies and food production might be hampered by changing weather patterns. Africa’s most vulnerable regions are also among its most fragile due to their dependence on unimproved commodities and lack of economic variety,” Mbekeani said.

He said creating climate-smart policies could become a driver of development across Africa, and investments in building resilience to climate change could have wider economic and social benefits.

Experts have warned that most of Africa will suffer from extreme weather events, which have become more frequent and severe, causing damage to agriculture, tourism, cities, infrastructure, water, energy systems, and even the extractive sector.

Since its inception in 2006, the AEC has supported research, policy discussion, and knowledge sharing on issues affecting Africa. This year, Mauritius is expecting over 400 in-person attendees.