Cocoa futures traded higher on the Intercontinental Exchange (ICE) on Friday amid a downward trend in global cocoa production as incoming arrivals and purchases data reflect expectations of a lower global production for the 2021/22 season. 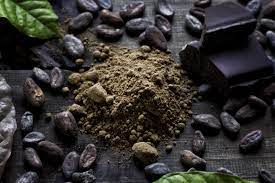 The International Cocoa Organisation (ICCO) in its latest revised forecasts for the 2021/22 cocoa year attributed the decline observed in global cocoa production to the inflation hike across major economies.

“Inflation has taken a toll on the prices of farm inputs, resulting in a reduced usage of fertilizers and this, combined with less conducive weather conditions and diseases, has contributed to the downward trend observed in global cocoa production,” the report stated.

The ICCO noted that cocoa demand has held up on multiple fronts despite rising input costs, including high energy costs alongside supply chain issues and increase in interest rates, among others.

The inter-governmental organisation disclosed further that demand has thus far remained steady during the season and the reduction seen in global supply has to this point been less disruptive to the cocoa market. The report emphasised that cocoa demand is subject to many uncertainties as a result of  the current slowdown in the global economy.

December arabica coffee climbed 0.04 percent to $2.3260 per pound. However, November robusta coffee traded in a different direction, losing 0.5 percent to $2,216 a tonne.

According to market data, the prospect of rain in some parts of Brazil’s coffee areas during the next couple of weeks has at least stalled the run-up in prices, but dealers said that concerns remain over whether there is sufficient moisture to sustain development of coffee buds and cherries after some early flowering.

“With forecasters anticipating the continuation of La Nina weather conditions through the remainder of 2022, we highlight an increased upside risk to coffee prices due to drought and crop stress,” Fitch Solutions remarked.

The sugar market also ended the week on a bullish note as  October raw sugar climbed 1.2 percent to 18.20 cents per pound, while October white sugar, which expires on September 15, was up 1.8 percent to $569.40 a tonne after setting a contract high of $573 earlier in the session.

Dealers noted that prices for raws had derived support from the strength of white sugar futures. They observed that a prolonged drought in some parts of Europe has lent support to white sugar prices.