A price tussle between the world’s major cocoa producers and some of the biggest traders is threatening to distort the New York market as traders resort to cheaper beans that back contracts on the Intercontinental Exchange (ICE) rather than buy directly from Ivory Coast and Ghana.

The price dispute is believed to have been ignited by the decision of the two West African top cocoa producers to charge more for their cocoa, a move some traders described as an unprecedented step to exert more control over cocoa prices. 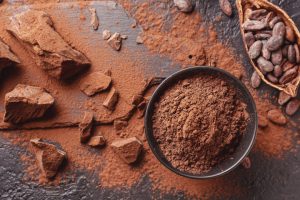 This has driven December futures to a record premium over the next contract. December futures surged to as much as $260 a tonne more expensive than the March contract. The surge continued this week as traders had to notify counterparties they intend to take physical delivery to settle contracts expiring Dec. 15, with the spread settling at $251.

According to reports gathered by Business A.M., the sudden price tussle is a resultant aftermath of the covid-19 pandemic which sliced demand, curbing profits for processors and chocolate makers. While many had initially agreed to pay the high prices, lockdowns in Paris and Los Angeles, top cocoa purchasing cities, now mean they don’t need as much cocoa or need to seek cheaper supplies.

Judy Ganes, soft commodity future analyst and president of J. Ganes Consulting believes the cocoa market has become a battleground leaving buyers in an uncomfortable position as all efforts to renegotiate the deal has been to no avail.

Ivory Coast and Ghana, which account for almost 70 per cent of global production,agreed to charge a premium of $400 a tonne over futures prices to help raise income for indigenous growers.

In response, foreign shippers in Ivory Coast halted cocoa purchases, demanding a discount to the country-quality fee.  A similar resistance to paying this fee was also recorded in Ghana. However, the move by companies to resist the Living Income Differential (LID) has hit a brick wall as both countries argue the plan is meant to help improve the livelihood of local farmers, many who live in poverty.

With such hefty prices charged by the top producers, many traders are turning to New York cocoa, resulting in a price surge as aggressive buying to gain possession of cocoa has pushed up the spot contract while short holders have been forced to a scramble.

In a bid to end the standoff with traders, Ghana and Ivory Coast are threatening to suspend sustainability programmes, a tactic that worked out in the past as chocolate makers fear consumer backlash.

Ganes is of the notion this is a bad idea as both countries are not in a strong position to do so due to the covid-19 pandemic reducing demand while the two West African countries still have a lot of cocoa from the current crop yet to be sold, putting them in a more vulnerable position.