The continuous deterioration of the Owerri-Onitsha road industrylayout which initially comprised about 260 industrial plots is now aserious cause of worry to the Manufacturers Association of Nigeria(MAN). The industrial layout which was created and constructed between1979 and 1983 by the administration of the late governor of the oldImo state, Samuel Mbakwe situates at Irete, in Owerri West localgovernment area, along the Owerri- Onistha express road. 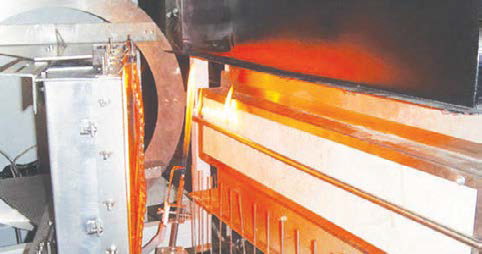 Some members of the Imo/Abia branch of the MAN who spoke to Business a.m. exclusively on conditionof anonymity during the 32nd annual general meeting (AGM), heldat Macyview Hotels, Owerri, while applauding the economiccontributions of Dangote Group of companies in the African continent,especially in Nigeria, also called AlikoDangote, president of theDangoteGroup, to help to lessen the suffering of the manufacturers whoare still doing business at the layout by reconstructing the damagedinternal road network in the  zone.

“Dangote is doing well, particularly in the area of creating jobopportunities for the youths, Dangote group is contributing a lot tothe growth of the Nigerian economy, but here in Imo state, as a memberof MAN, one of the cement distributors is causing a great damage tothe main access road to the Owerri-Onitsha road industrial layout,” hesaid.

Another member of MAN who also spoke on condition of anonymity said,“I know your newspaper had written on this in the past, go there nowand see, the internal access road had broken down completely due tothe heavy trucks loading and off-loading cement there, one of thedistributors owns a cement depot there, these heavy trucks carryingcement ply the internal roads on daily basis and park along the roadthere.

“You can see that as a result of the damaged roads, many of ourmembers have closed their factories and some have relocated to otherstates. Some serious investors who are willing to come and establishtheir factories there cannot because the main access road to theindustrial estate has broken down. We call on AlhajiAlikoDangote to intervene”.

Delivering his farewell address at the 32nd AGM, RommyNwabuezeJones Anyanwu, drew theattention of the public to the deplorable condition of the accessroads to the industrial layout and in the same manner called on theDangote group to intervene and reconstruct the road to save theremaining industries in the layout from fizzling out.

“Our MAN President (Ahmed Mansur), we welcome you to Owerri theEastern Heartland. We appreciate what you and your team are doing atthe national level, we say more grease to your elbow.

“Sir, we have a big problem at our Onitsha Road Industrial layout,Owerri, where a distributor to your company has decided to putmany of our members out of business. We have discussed it at thenational council meeting but we will urge you to intervene and ensurethat justice is done to all stakeholders.

“That matter we would have been in court, but for the mature counsel,our members are still waiting. After your visit and noting comes out,we will not only lose members and potential members but series of litigations may follow.

“Industrial layout is legally meant for industries and not fordistribution/trading. Kindly use your good offices sir, to see toamicable resolution of the matter,” Anyanwusaid.

In a letter to Governor EmekaIhedioha of Imo State, titled “Poorstate of the access roads to our factories at Onistha road industriallayout, Owerri”, signed by the new chairman of MAN,, Imo/Abia branch,JOC Eluwa and copied to Makoju, and also copied to the President of MAN, MansurAhmed, Lagos, the letter among other things said, “it is instructive to state here that, the commitment towards thismaintenance (the internal roads) done by the few factories who havedoggedly and out of patriotism to the state, decided to remain in theindustrial estate rather than relocate to other neighbouring stateslike some others have done is now been condemned  by the activities of Dangote Cement depot located within the industrial layout and itsattending effect of the operation of heavy-duty Dangote trucksrendering the road completely inaccessible to customers and staffalike.

“This situation has grave effect both to the factories located withinthe layout and the state as a whole in the following areas: completeerosion of invested capital, discourage new investment into the state,paints the picture of an irresponsible government toward wealthcreation, capital flight from the state as companies continue to closeshop and relocate to neighbouring states with better attention toindustrial activities and retrenchment of workers (citizens of thestate) with its attending security issues”.

The chairman, as a result, also called on the governor to reconstruct“the roads within the estate, for ease of business, liaise with AlikoDangote to ensure that the roads are fixed and motorable”.

Meanwhile, Mansure Ahmed, President of MAN, has decried the low levelof industrialization in Nigeria, saying the manufacturing sectorcontributes less than 10 percent to the gross domestic product (GDP)as against Indonesia, Malaysia, South Africa etc which contribute15-25 percent to their economies.

“This is indeed a cause of great concern, considering the fact thatthe manufacturing sector is undoubtedly the bedrock of any thrivingeconomy and a major provider of jobs and economic growthopportunities.The manufacturing sector of emerging economies, such asIndonesia, Malaysia, South Africa etc are contributing 15-25 percentto their economic,” he said.

MAN boss, however, said that Imo and Abia States should craftindustrial policies that would establish a strategic nexus betweeninfrastructure development and the attraction as well as expansion ofindustrial establishment in the two States.

He noted too, that the creation of an enabling environment forindustries to thrive would improve the revenue generation capacity of Imo and Abia states.  To this he has urged Governors of Imo and Abia states to come up with industrial friendly policies on revivingailing, moribund and closed industries in the states by focusingattention on the provision of infrastructure in the industrial layoutin the states.