By Kenneth Afor
This week’s report of a fresh threat on coronavirus outside China is giving a lot of concern in the global energy market as oil prices fell two percent Thursday for fifth consecutive days, the lowest since January. 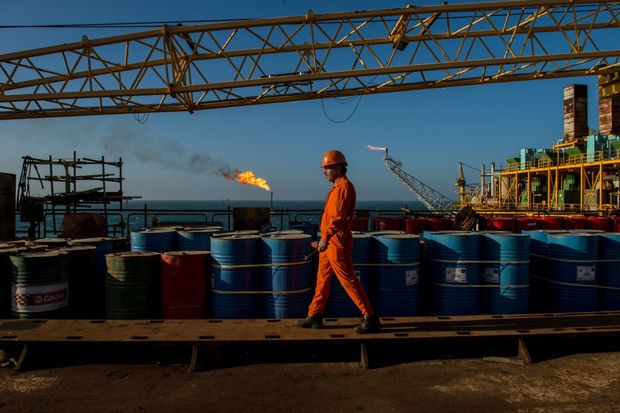 The continuous spread of the virus in some large economies may trigger an unprecedented fall in global demand for crude by 60,000 barrel per day, according to market observers.
London Brent crude was down by two percent at $1.06 for $52.37 per barrel. West Texas Intermediate (WTI) futures fell by two percent at 97 cents for$47.76 per barrel.
According to Tamas Varga, an analyst at PVM Oil Associates, the World Health Organisation (WHO) could be pushed to declare the virus pandemic due to fall in prices of oil, adding that there is no hope for a rebound in the price for now.
“The negative price impact would intensify if the coronavirus were declared pandemic by the World Health Organization, something that looks imminent.
“The mood is gloomy and the end of the tunnel is not in sight – there is no light ahead just darkness. Not even a refreshingly positive weekly US oil report was able to lend price support,” said Varga.
Also, according to Energy Information Administration (EIA), US crude oil stockpiles increased by 452,000 barrels to 443.3 million barrels while gasoline dropped by 2.7 million to 256.4 million this week. Distillate inventories had a shortfall by 2.1 million barrels to 138.5 million.
Oil marketers are expecting a possible cut in production output when members of the Organisation of Petroleum Exporting Countries (OPEC) and its allies (OPPEC+) meet IN Vienna on March 5-6.