Warning: Declaration of SlideshowErrorHandler::log_error($num, $str, $file, $line, $context = NULL) should be compatible with GalleryPlugin::log_error($error = NULL) in /home/elglo/public_html/businessamlive.com/wp-content/plugins/slideshow-gallery/includes/errorhandler.php on line 0
 Copper gets mixed predictions over aftermath of U.S presidential race – Businessamlive

Copper continues to tread on a bullish pathway as commodity analysts and investors await the aftermath of the U.S presidential election. 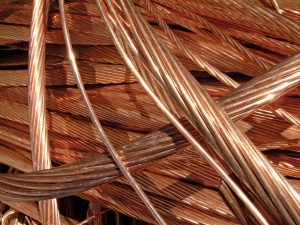 Despite plunging about 30 per cent from January to March during the early stage of the Covid-19 outbreak, the red metal gathered momentum to surge over 60 per cent before stabilising and hovering around the $6,800 per tonne bench mark over a month ago thanks to a boom in China’s demand. This, according to commodity investors and analysts, likely reflected rising hopes for a recovery as several countries across the world embarked on stimulus measures, both monetary and fiscal, to revive a world economy stifled by the global lockdown.

Daniel Dubrovsky, an analyst for Dailyfx, a Chicago based financial market news portal, believes a victory for Donald Trump is likely to stir anxiety in the coming days that may boost demand for liquid hedges, of which the US dollar and treasuries are the traditional alternatives.

According to Dubrovsky, such an outcome could dent copper prices. He also stressed that fears of escalating US-China tensions could throw off the copper’s current ascent.

However, Carsten Menke, an analyst for Julius Baer Group, a Swiss banking corporation is optimistic the red metal will continue its steady rise regardless of who wins the presidential race. Menke maintained that China plays a dominant role in the copper trade while the U.S consumes less than 10 per cent of the global total. Menke asserts that the aftermath of the U.S election won’t move the needle in terms of investments neither does it have enough capability to affect copper price.

Meanwhile, Benchmark copper on the London Metal Exchange was up by 1.75 per cent a tonne, Tuesday morning amid strong indications the red metal maintains a positive ride in the LME.

Oil prices fall as demand outlook worsens in US