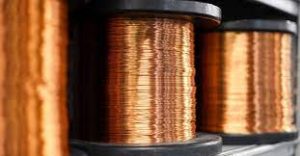 Benchmark three-month copper on the London Metal Exchange (LME) stumbled close to its lowest since late April, losing 1.5 per cent at $9,832 per tonne.
Copper inventories climbed 2,100 tonnes to a one-month high of 131,775 tonnes – with canceled warrants, stocks earmarked for delivery, at their lowest since March.
Gianclaudio Torlizzi, managing director,T-Commodity, a leading consultancy company, said the market was concerned about pledges by the Chinese government to reduce prices, which could see levels fall even lower.
Citing low Chinese copper premiums, which indicate slow demand, and the persistent discount of LME’s cash copper contract over the three-month price, Torlizzi said the red metal is unlikely to be bullish as the short term fundamentals are not so sound.
For other base metals, LME aluminium lost 0.5 per cent to $2,448 a tonne, zinc shed 1 per cent to $2,988.50, lead shrank 0.8 per cent to $2,181,  tin plunged 0.3 per cent at $31,115 while nickel was down 1.5 per cent to $17,870.
Torlizzi asserted that the market is currently on the lookout for US inflation data for clues on whether the Federal Reserve would start tapering stimulus, a move which is expected to hit commodity prices.