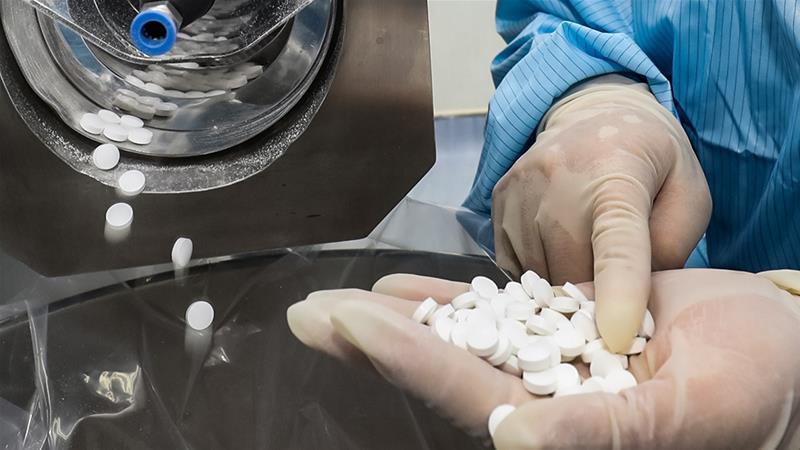 As Chinwe Okoro sat at the nurses’ corner, memories nibbled her heart like minnows. The first time she was at Mount Sinai Hospital, she was down with fever. She felt woozy and lightheaded. She had just moved from Nigeria to New York. The urgent care doctor on duty that morning was Nigerian. As the doctor ambled towards her, watched her lack of coordination, she pulled her into an embrace. ‘Ogini?’ – What’s the problem? – he asked in her native Igbo language. “I feel like I have malaria and would need some chloroquine,” Chinwe replied. That was 15 years ago. Today, Chinwe works in the same hospital as a triage nurse. Chinwe needed chloroquine then. It’s her hospital and city that may need the anti-malaria drug today.

In the last few days, Chinwe and her colleagues have seen the number of coronavirus patients needing care in Mount Sinai double. The Manhattan branch of the hospital was treating a total of 375 coronavirus patients as of Saturday evening. The hospital is now repurposing beds normally used for elective surgery patients to create wards for treating coronavirus cases. The hospital now has several coronavirus intensive care units and other units are being converted daily to coronavirus units as demands grow. Tents have been set up outside to expand reach and the hospital administration is mopping up capacity by imploring retired physicians and nurses to return.

With 33,033 cases in New York as at Thursday morning, the state accounts for more than half of all US infections. New York mayor, Bill de Blasio calls the city “the epicenter of this crisis.” New York with a population of nine million is closed to all non-essential businesses as part of measures to curb the spread of the virus. The city that never sleeps now looks like an eerie ghost town. “We’re now looking at a bullet train,” Andrew Cuomo, governor of New York state, said of the spread of the virus. “We’re not slowing it. The rate of new infections is doubling every three days,” the governor said in a briefing Tuesday.

To curtail the spread, Mount Sinai and the New York-Presbyterian Hospital have banned family members from being with pregnant women in the delivery rooms. “We don’t take this lightly,” Dr. Laura Forese, New York Presbyterian’s executive vice president, said. “This is a significant step. We understand just how difficult this will be.” Mount Sinai is allowing for one healthy partner to accompany expectant mothers in the maternity and postpartum wards.

At Kings County Hospital Center in Brooklyn, doctors and nurses are so short on supplies that they are disinfecting and reusing masks.   “Situation is dire,” says Omolara, a Nigerian nurse at the hospital. We came yesterday and each nurse was given an N95 mask. We use one per day, doesn’t matter if you are here for a 12 hour shift.” The N95 masks which provide more protection than loose-fitting surgical masks are in short supply relative to increasing demand. Parts of the city are now seeing price gouging as hospitals and other health institutions rush to bolster stockpile.

City officials have converted the Javits Convention Center in Manhattan into an emergency treatment center. They are also considering transforming the Madison Square Garden into a potential medical surge facility.   Governor Cuomo said the state anticipates an infection rate of between 40 and 80 percent of the population. Cuomo took what he calls “the ultimate step” to protect the residents of the state, signing last week an executive order “mandating that 100% of workforce must stay home, excluding essential services.”

With the number of cases quintupling in a week, President Donald Trump has touted chloroquine as a potential treatment for the virus. Trump said Thursday that chloroquine had shown “very encouraging early results” treating coronavirus and will be rolled out “almost immediately” to help fight the virus in the US. “It was a strong drug,” said Trump who described the drug as a potential ‘game changer.’

There is no conclusive scientific evidence that chloroquine or its less toxic derivative hydroxychloroquine can treat the novel coronavirus. Not minding the noticeable gulf between his ad-hoc views and those of the scientists on his Covid-19 task force, Trump has continued to re-echo similar sentiments in most of his daily briefings. The anti-malaria drug, he said, “would be a gift from heaven, a gift from God if it works.”

Shortly after one of his pressers where he praised the drug, the president doubled down in a tweet telling his 74 million followers: “Hydroxychloroquine and azithromycin taken together, have a real chance to be one of the biggest game changers in the history of medicine.” He says his administration will distribute the drug to states most affected. “I think New York is getting 10,000 units,” he said.

Trump insists chloroquine and hydroxychloroquine have “been around for a long time, so we know that if it — if things don’t go as planned, it’s not going to kill anybody.” The US president has become chloroquine’s most prominent booster in the world and the impact of his confidence in the drug reverberates globally.   India on Wednesday banned the export of chloroquine insisting that exports would be limited to fulfilling existing orders. The Indian government recommends doctors and other healthcare workers take the drug regularly as a preventive against contacting Covid-19.

China, South Korea and France have variously experimented with chloroquine as a treatment option for coronavirus. South Korea’s task force on Covid-19 said studies on chloroquine indicated that it had “certain curative effect” and “fairly good efficacy”. Reports from China and France suggest that hydroxychloroquine may have some benefits against coronavirus.  Dr Anthony Fauci, lead scientist on Trump’s coronavirus task force, maintains that claims about the effectiveness of chloroquine on coronavirus is ‘anecdotal’. “It was not done in a controlled clinical trial, so you really can’t make any definitive statement about it,” he said of studies so far.

In the last two weeks, hospitals have been rushing to stockpile chloroquine and its less toxic cousin hydroxychloroquine in expectation of a surge in Covid-19 patients. “We’re seeing hoarding as hospitals are very concerned that they have access to the right drugs. In merely 17 days, US hospitals purchased more chloroquine than they did in all of last year,” Soumi Saha, senior director of advocacy at Premier Inc, told Bloomberg News. Premier helps about 4,000 hospitals buy and manage drug supplies.

The National Association of Chain Drugstores has urged physicians to exercise restraint and prescribe hydroxychloroquine to only those who “have a medically appropriate reason to have it.” On its part, the Food and Drugs Administration (FDA) has assured that chloroquine will continue to be available for those who need it. “The agency will take all steps to ensure that chloroquine remains available for patients who take it to treat severe and life-threatening illnesses such as lupus,” says FDA Commissioner Stephen Hahn in a statement released Thursday.

While Trump continues to enthusiastically advocate for the use of the drug in treating Covid-19, Saha insists “it’s important for the CDC and professional societies to serve as the source of truth” about the potentials of chloroquine to treat coronavirus.

In Nigeria where chloroquine has been used for decades to treat malaria, Trump’s statements about chloroquine as a possible ‘cure’ for coronavirus has triggered a mad rush for it driving the price multiple times over its normal cost. Pharmacies across the commercial city of Lagos are fast running out of supply. As at Saturday evening, Lagos had 22 confirmed cases of coronavirus infection. By Thursday this had climbed to 32.

Dr Anthony Fauci, White House lead Covid-19 scientist shares Saha’s concern. His biggest challenge so far has been how to strike a good balance between Trump’s gut instinct and science. When asked if the drug was promising, Fauci, standing next to Trump, said “no” because “the evidence you’re talking about … is anecdotal evidence.” He asserts that there is no ‘magic drug’ for coronavirus. Chloroquine, he noted, may be effective against coronavirus, but more data is needed to “show it is truly safe and effective under the conditions of Covid-19.”

Fauci insists that while Trump “feels optimistic” about chloroquine, his duty as a doctor is to ensure the drug meets clinical standards for coronavirus treatment.  “Fundamentally, I think it probably is going to be safe, but I like to prove things first,” Fauci said. As Fauci explained, the difference between him and Trump is “the hope that it will work, versus proving that it will work.”

Millions of urban Africans still don’t have electricity: here’s what can be done