Justice Ayokunle Faji of the Federal High Court in Lagos on Thursday adjourned the four cases filed by the group chief executive officer of Oando Plc, Wale Tinubu and some directors of the company against Securities Exchange Commission (SEC), challenging their sack till July 22. 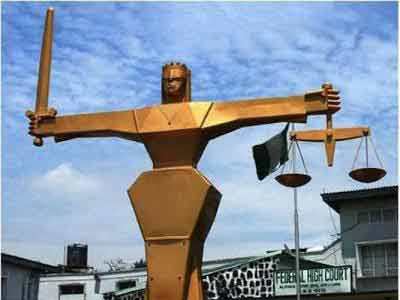 On that date, the court will hear all pending preliminary applications and the substantive suit.
Among the pending applications to be heard during vacation, are preliminary objection to determine either the court has jurisdiction to hear and determine the case or not, filed by Anthony Idigbe, a senior advocate of Nigeria (SAN) on behalf of SEC and an application to consolidate the multiple suits filed on behalf of the defendants by Yele Delano, also a senior advocate.
The court also ordered Idigbe to within five days file his response to the applications, while Delano, appearing for Tinubu and others, was also given five days after which he must have been served, to file his reply.
However, the proceedings would be conducted by a vacation judge since Justice Faji will be on vacation from  8th July till 13th September, 2019.
Tinubu, and his deputy, Omamofe Boyo, had filed the suit seeking enforcement of their fundamental rights to fair hearing and to reverse their sack.
Already, Justice Mojisola Olatoregun had granted an order stopping SEC from imposing a fine on Tinubu and carrying out its decision to remove him and Boyo from being directors of public companies for five years.
The court also restrained SEC appointed Mutiu Sumonu, from acting as head of Oando’s interim management team, pending the hearing and determination of the motion.
The court had urged parties to maintain the status quo pending the determination of the motion on notice.
In its preliminary objection, SEC is urging the court to dismiss  the suit  filed by Tinubu and  Boyo on the following grounds of objection: Want of subject matter of jurisdiction; Non compliance with condition precedent prescribed by the Investment and Securities Act, no, 29, 2007 for instituting an action against the respondent.