The Federal High Court in Abuja has set aside the sale of a major telecommunication firm, Etisalat International Nigeria Limited, now 9Mobile, to Teleology Nigeria Limited. 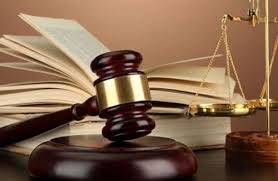 An enrolled order made by Justice Binta Nyako was sighted on Thursday.
The judge held that the steps taken in relation to the exchange of ownership of the company were in violation of subsisting court orders that parties to the pending suit should maintain status quo.
The court had by the orders restrained parties to the suit, involving investors and other shareholders in the company, from destroying the “res,” the subject matter in dispute in the suit.
The plaintiffs, who are major investors in Etisalat, Afdin Ventures Limited and Dirbia Nigeria Limited, had via a motion filed on November 16, 2018, asked the court to nullify the steps taken by the defendants with respect of the sale of the company which violated the April 17, 2018 order.
They recalled that orders flouted by the defendants were made by the court the April 17, August 31, and October 10, 2018.
In her ruling, the judge noted that between April 24 and 27, 2018, the defendants had been served with the plaintiffs’ originating process challenging the sale of the company, but in defiance, the defendants went on with the sale.
She therefore directed that the status of the company from April 25, 2018 should be restored.
“Any action that has been taken concerning the res of this litigation from the 25th day of April, which is earlier in time, should revert to the position, as of the res, to its 25th day of April 2018,” the judge ruled.
The hearing in the substantive suit has been fixed for June 12.
Afdin and Dirbia had filed the substantive suit, marked FHC/ABJ/CS/288/2018, on April 6, 2018.
The defendants in the suit are Karington Telecommunication Ltd, Premium Telecommunications Holdings NV, First Bank of Nigeria Plc, Central Bank of Nigeria, Etisalat International Nigeria Ltd and Nigeria Communication Commission.
The plaintiffs laying claim to an estimated $43,033,950 investment in Etisalat, had said that they were aggrieved by what they described as ‘exclusion from the decision-making of Etisalat.’
On that basis, they had filed their suit to retrieve their investments in the company.
The stated in an affidavit filed in support of their November 16, 2018 application, that they learnt that the defendants had proceeded to conclude the transfer of the ownership of the company despite the court restraining orders.
They said following the defendant’s disobedience they resorted to praying the court to void the sale of Etisalat.
They stated, “In 2009, the plaintiffs/applicants purchased a total of 4,303,391 class “A” shares from the 1st, second and fifth defendants (Karlingtton, Premium Telecommunication and Etisalat International) at the rate of $43,033,950 only, and were issued with share certificates.
“In 2010, the defendants rebranded Etisalat Nigeria Limited to 9Mobile and entered into negotiations with Smile.com and Glo Network to transfer its licence without recourse to the plaintiffs.
“When the plaintiffs became aware of the purported transaction, they filed this suit along with two applications namely: motion ex-parte and motion on notice, seeking for an order of injunction to restrain the defendants from going ahead with the transaction.
“When this suit came up for hearing on April 17, 2018, this honourable court ordered parties to maintain status quo-pending the determination of the motion on notice.
“Notwithstanding the aforementioned order, the defendants continued negotiations with Smile.com and Glo Network in defiance to the subsisting order of this court.
“When the plaintiffs/applicants discovered that the defendants were bent on selling Etisalat Nigeria Limited “rebranded 9moile” despite the subsisting order of court, they instructed their Counsel Mahmud A. Magaii (SAN) to write and caution the defendants of the implications of their actions.
“Upon receipt of the above letters, the third and fourth respondents (First Bank and Central Bank), through their counsel Olaniwun Aiayi wrote to the applicants, through their counsel on August 24, 2018 and August 31, 2018, denying the existence of the order of status quo made by this honourable court on the April 17, 2018 and August 31, 2018.
“When this matter came up on October 10, 2018, counsel to the plaintiff Okechukwu Edeze, informed the court of the attempts made by the defendants to sell Etisalat Nigeria Limited.
“Consequently, this honourable court made another order of status quo, directing parties to refrain from tampering with the subject matter of the suit.
“Despite the orders of this honourable court made on October 10, 2018, the defendants went ahead and sold Etisalat Nigeria limited, rebranded 9Mobile to Teleology Nigeria Limited with impunity.”
They had the court to, in the interest of justice, make an order setting aside the sale of Etisalat Nigeria Limited which was rebranded as 9Mobile to Teleology Nigeria Limited.
Businessamlive Website Stats