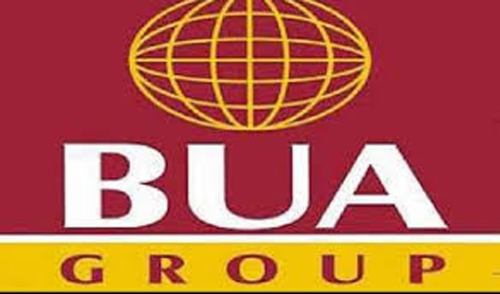 A Federal High Court in Benin-City, Edo State has restrained Dangote Industries and the Nigeria Police Force from interfering with BUA Group’s operations of the disputed Okpella mining sites in Okpella, Edo State in a judgement it delivered recently.

The Benin court ordered the IGP as 1st respondent, commissioner of Police, Edo State as 2nd respondent, Dangote Industries and Dangote Cement Plc as 3rd and 4th respondents, respectively, to steer clear of the mining sites or interfering in any manner whatsoever with BUA’s operation of disputed mining lease sites.

The management of BUA said on Sunday that it (BUA) was legally operating on its mining sites before operations at three of the mines were abruptly disrupted by the Inspector General of Police and the Edo state commissioner of Police allegedly on the orders of Dangote Industries & Dangote Cement Plc in 2017.

“BUA wishes to inform its shareholders, employees, customers, regulators, host communities, security agencies and the general public that the Federal High Court, Benin, in a recent judgement, has made an order which upholds BUA’s fundamental right to peaceful possession of the mining sites in Obu, Okpella, Edo State (operated by BUA Cement and which BUA became seised by virtue of mining leases granted by the Federal Government of Nigeria), without unlawful interference from the Inspector General of Police, 1st respondent; Commissioner of Police, Edo State, 2nd respondent; Dangote Industries, 3rd respondent; and Dangote Cement Plc, 4th respondent,” the company said.

The cement company recalls that it was legally operating its various mining sites in Obu-Okpella, before the above-named respondents abruptly disrupted its operations at three of those mines in 2017 during the pendency of two other matters.

“The 1st and 2nd respondents, acting at the behest of the 3rd and 4th respondents invaded and shut down the operations. We then approached the courts to enforce our fundamental rights to the property of the mines, as well as our rights to continue operating from those mines. Whilst we were awaiting judgement, we continued to sustain our operations from our other numerous mines in that area unaﬀected by these actions,” the company said.

The cement company, which recently posted a N61 billion profit for the year ended December 31, 2019, announcing a dividend pay-out of N1.75 per share, said: “the judgement is one major step towards the ﬁnal vindication of our rights over the mining sites and in line with BUA’s position that it holds the legal mining leases to the disputed sites.”

The BUA management expressed confidence in the judiciary for standing ﬁrm on the side of justice in the discharge of its duties as well as the commitment of all parties in submitting wholeheartedly to the judicial process.

Meanwhile, the cement company which earlier this year, merged with Cement Company of Northern Nigeria (CCNN) and Obu cement, said it has resumed operations at the Obu-Okpella mines as ordered by the court.