Pressures from the Covid-19 pandemic showed its ugly head in Nigeria’s revenue earnings from income tax paid by companies operating in the country as data from the National Bureau of Statistics just released shows there was a dip of 18.31 per cent year-on-year to N1.41 trillion for the year 2020. In 2019 Nigeria generated N1.63 trillion from taxes paid by companies. 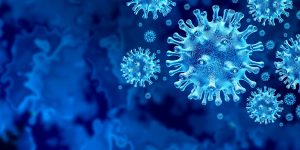 The total comprised of the N295.7 billion collected in the first three months of 2020, N402.0 billion generated in the second quarter during when full lockdown had been initiated; the third quarter witnessed a surge to N416.0 billion with the final quarter generating N295.7 billion.

Meanwhile, the year to date (Q1 to Q4) growth of company income tax saw a 13.4 per cent decrease when compared to the 2019 figures.

The decline can be attributed to the twin shocks of the pandemic and falling oil prices during the year under review, which brought about a southward growth in the revenue generated by the various collection agencies across the country.

However, the NBS further clarified that the foreign payments are bulk payments from JP Morgan account which cannot be attributed to local sectors in Nigeria while ‘other’ payments account for payment through E-transact, E-tax pay, and Remitta (GIFMIS).

On the sectoral analysis of the data from the Abuja based statistics bureau, the professional services sector, including telecoms, generated the highest amount of company income tax with the sum of N32.17 billion; and it was closely followed by ‘other manufacturing’ sector, which generated N25.64 billion, and the commercial and trading sectors generated N19.41 billion, while textile and garment industry generated the least, closely followed by mining and local government councils, with N104.37 million, N136.99 million, and N298.73 million, respectively.