Ikeja Hotel Plc, the hospitality company listed on The Nigerian Stock Exchange (NSE), has informed its shareholders that the effects brought about by the pandemic will likely affect dividend declaration for the year ended December 31, 2020, as the company is responding to the challenges in a bid to return to profitability. 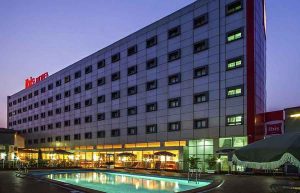 In a notification the company filed at the NSE through Punuka Nominees Limited, its company secretary, it disclosed that the devastating effect of COVID-19 pandemic on the performance of the company had materially impacted its third quarter performance as reflected in its quarterly financial statement.

“In spite of the strategic response of the management to reverse the losses caused by COVID -19 lockdown in the second quarter, the company is recovering rather slowly. It is expected that by the end of the year the company would have returned to profitability,” it stated.

Ikeja Hotel Plc also informed its shareholders in the filing that its planned legal action against the Lagos State government to contest the purported revocation of its right of occupancy on its land situated at Opebi George, Ikeja, Lagos has the potential to impair the assets of the group to the tune of N4.63 billion if the Lagos State Government succeeds.

“The company received a letter dated October 15, 2020 from the Lagos State Government, purportedly revoking its right of occupancy on its land situated at Opebi Gorge, Ikeja, Lagos. The company has taken legal action to contest this revocation. However, the revocation has the potential to impair the assets of the Group to the tune of N4. 63 billion if the government succeeds,” it stated.

In its third quarter financial statement for the period ending September 30, 2020, the company recorded a loss after tax (LAT) of N1.4 billion in Q3’20, a 426.3 per cent difference compared with the Q3 2019 profit after tax of N429.14 million, due to the devastating effect of the coronavirus pandemic on the hospitality sector in Nigeria and globally.

The major hospitality industry player, which owns the Lagos Sheraton Hotels & Towers, is however optimistic it would return to profitability soon.