Africa’s private equity fund industry (PE) worth some $24.4 billion as of 2017, has been hit by the current Covid-19 pandemic and has further exposed some of the inherent weaknesses in the continent’s PE industry, according to a new report.

Due to the continent’s relative lack of cases, the dominance of development finance institutions (DFIs) and its prior exposure to crises, partners fear the pandemic’s impact on exits, as the continent’s private equity industry had been partly shielded by the impact of Covid-19, according to a report. 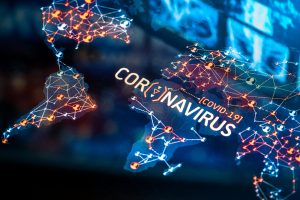 The Oxford Business Group and the African Private Equity and Venture Capital Association (AVCA) in a Covid-19 response report found that the Africa-focused industry raised $1.1 billion in funds and arranged 81 private equity deals totalling $700 million in the first half of 2020. It was discovered that financials, Information Technology (IT), and consumer discretionary accounted for 49 percent of deals by volume.

Meanwhile, the pandemic, which has been estimated to cause 27 countries and regions in the continent to face food crisis, has sparked renewed interest in education and healthcare – with the latter accounting for the largest share of PE deals by value at 24 percent.

For instance, an AVCA survey in April this year found that 49 percent of respondents expected a six to 12-month delay in capital deployment. While more than 90 percent of those surveyed gave Covid’s financial impact as their top concern. Over half said they are worried by a potential global recession, with others seeing a dip in consumer confidence. Confidence around exits has been impacted, with 57 percent saying that exit opportunities were the greatest challenge in Africa in the small to medium term. For instance, in H1 of this year, only 13 exits were recorded, compared to 25 in the corresponding period in 2019 and 45 for the year. Exits are further complicated by travel restrictions, which are impeding the ability of investors to carry out due diligence, says AVCA.

Private equity is an alternative investment class and consists of capital that is not listed on a public exchange. It is composed of funds and investors that directly invest in private companies, or that engage in buyouts of public companies, resulting in the delisting of public equity.

How does private equity work? To invest in a company, private equity investors raise pools of capital from limited partners to form a fund—also known as a private equity fund. Once they have hit their fundraising goal, they close the fund and invest that capital into promising companies.

AVCA says that the prominent role of development finance institutions (DFIs) in Africa’s private equity industry offered resilience, with some DFIs introducing strategies to shield their investments from the pandemic and most investments already armed with strict environmental, social and governance criteria. Other DFIs have pooled their expertise into working groups to respond to the crisis.

For the AVCA, African fund managers were rather better able to offer support and allow continuity at portfolio companies, having already dealt with tasks in Africa including shorter supply chains, more debt and less inventory.

It was reported that between 2012 and 2017, some 953 private equity deals worth $24.4 billion were raised in Africa. The main sector focuses for the PE investments in 2017 were consumer discretionary and IT; while others were in financial services, education, healthcare and agribusiness.

However, between 2016 and 2017, total value of African PE fundraising went south to $2.3 billion from $3.4 billion in 2016. Analysts attributed the decrease largely to the fact that a number of big funds had achieved final closes in prior years.