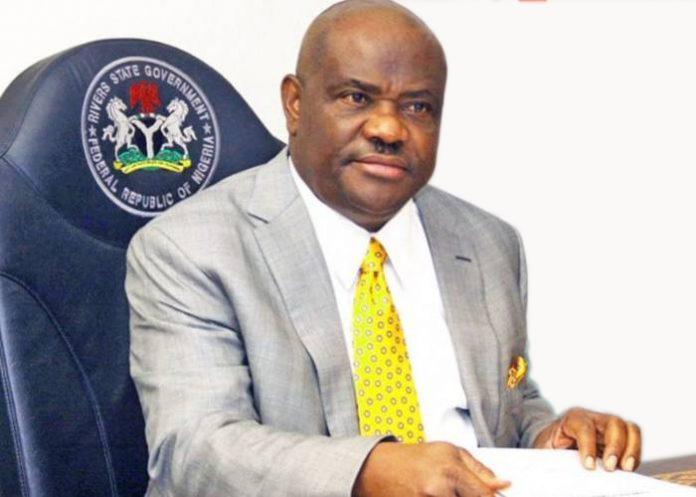 Nigeria Liquefied Natural Gas (NLNG), whose $10 billion Train 7 construction is loading, along with four other major companies in the oil and gas industry: Total E&P, Nigerian Gas Company, Oilserv Limited and International Breweries Plc are asking Rivers State Governor, Nyesom Wike to relax his total state lockdown in the face of the raging COVID-19 pandemic. Or better still, he should exempt them from the border closure, due to their activities.

The companies are particularly making the requests on account of their gas-based operations that would involve transportation and distribution outside the state during the period. For NLNG, Total E&P, Nigerian Gas Company, and Oilserv they are involved in gas hauling around the country. Stoppages are bound to affect their activities. International Breweries Plc would need to transport its beverages that are time-bound in and out of the state.

The governor, sounding definitive in a state broadcast, had ordered the complete closure of all borders of the state; ordering all markets to remain shut indefinitely as a move to curtail the spread of the dreaded virus which first positive index case was reported in the state by Nigerian Centre for Disease Control (NCDC).

But the five hydrocarbon and beverage companies sent a special request to the governor, asking him to relax the border closure for them, given their operations that necessitate inbound and outbound movements from the state.

Wike said: “It is unfortunate that despite all the preventive measures we put in place, our state has recorded a positive case as confirmed by the National Centre for Disease Control (NCDC). The positive case is a 19-year-old female model from Edo State who resides in Port Harcourt. Her travel history reveals that she travelled to France, Italy and Greece before returning to Port Harcourt on the 16thof March, 2020.”

As a direct response to NLNG, Total E&P, NGC and others, Governor Wike said with finality: “Government cannot grant their requests now because the protection of human life is more important than any other thing and we shall do everything necessary to fulfil our obligation in this direction.”

He later added a relief: “After our announcement about border closure, we have received requests from the following companies, Nigeria LNG Limited, Total E&P Nigeria Limited, International Breweries PLC, Oilserv Limited and Nigerian Gas Company to the effect that Government should relax the measures because of their activities.

“However, we shall review our restrictions concerning their activities when we are fully convinced that it will be reasonable to do so. Let me reiterate that we have taken these painful decisions because we cannot afford to lose any life in this State.”