Global Credit Ratings (GCR) has assigned an ‘A’ rating with stable outlook to Custodian Life Assurance, a major player in the Nigerian insurance sector. The rating is expected to run through until October 2021 in the national scale financial strength rating by GCR. 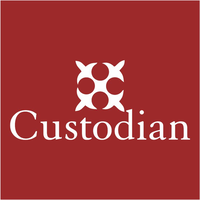 In its explanatory note to the rating, GCR stated that the stable outlook indicates a strong capacity to meet financial commitment based on criteria such as shareholders fund, internal capital generation, low policyholders’ liabilities, as well as risk adjustment capitalisation.

Valued at N10 billion as at end of the third quarter of 2020 fiscal year, Custodian Life’s shareholders’ funds remained strong, representing a 10.3 per cent rise over 2019 position as it reported growth in addition to strong internal capital generation.

Similarly, coverage of policyholders’ liabilities remained low compared to the reported growth in liabilities during the corresponding period while the risk-adjusted capitalisation, supported by a sizable capital base, along with modest exposure to market risks, is considered to be adequate, noted GCR.

Given moderately strong liquidity metrics at the third quarter 2020, liquidity is said to be on a positive outlook, the agency stated, adding that as a result, cash and equivalents covered net technical liabilities while available operational cash coverage is expected to last for over 114 months compared to the 83 months and 63 months coverage of the 2019 and 2018 fiscal years, respectively.

The rating agency expects liquidity metrics to be maintained within a similar range, given the insurer’s conservative asset allocation strategy.

With about 88 percent of its investment portfolio held in an interest bearing securities, potentially matching the behaviour of funding liabilities which are largely interest-sensitive, asset/liability matching is considered to be fair, it also stated.

According to the agency’s explanatory statement, the earnings also show positive as the insurer has maintained stability in its earnings capacity, registering a review period operating margin of 7.5 per cent, which is supported by growth in premium volumes, as well as enhanced investment income and more recently fair value gains. However, decline in interest rate could lead to a fall in interest rate yields.

As one of the top tier players, Custodian Life continued to defend its position in the Nigerian life insurance subsector, controlling an estimated 12.3 per cent market share thereby sustaining its position over the years by strong brand acceptance, experienced personnel and established broker relationships, leading GCR to state that it expects Custodian Life to maintain its strong market position.

Meanwhile, the rating agency noted that while an upward rating movement may result from a sustained improvement in operating performance combined with a strengthening in solvency metrics, and maintaining liquidity at strong levels, a negative rating action may result from a persistent weakening in capitalisation metrics.