The Nigeria Customs Service on Monday announced an indefinite ban on importation and exportation of goods through the land borders. 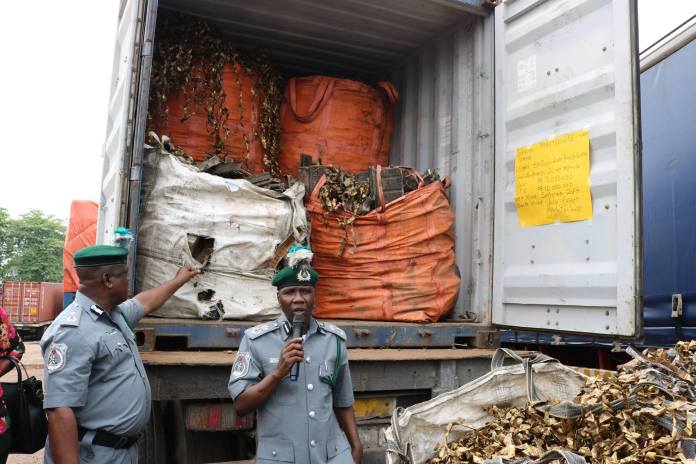 Hameed Ali, comptroller-general, NCS, who stated this at a press conference in Abuja, also said Niger Republic had placed a ban on export of rice to Nigeria as a result of Nigeria’s border closure.

This came as the Nigeria Immigration Service said it had stopped 1,111 foreigners from entering Nigeria since August 20, 2019 when the country’s land borders were partially closed.

Ali said, “For now, all goods, whether illicit or non-illicit, are banned from going and coming into Nigeria. Let me add that for the avoidance of doubt, we have included all goods because all goods can equally come through our seaports.

“For that reason, we have deemed it necessary for now that importers of such goods should go through our controlled boarders where we have scanners to verify the goods and how healthy they are to our people.”

The closure of borders is being enforced by the NCS and NIS, in collaboration with the Nigerian armed forces and the Nigeria Police Force. It is being coordinated by the Office of the National Security Adviser.

Ali said the aim of the exercise was to better secure Nigeria’s borders, address trans-border security concerns and strengthen the economy.

The customs boss said it was disturbing that some neighbouring countries were circumventing the ECOWAS protocol on transit.

He said, “For clarity, the ECOWAS protocol on transit demands that when a transit container berths at a seaport, the receiving country is mandated to escort same without tampering with the seal to the border of the destination country.

“Unfortunately, experience has shown that our neighbours do not comply with this protocol. Rather, they break the seals of containers at their ports and trans-load goods destined for Nigeria.”

Ali said the closure of the borders had curbed the smuggling of foreign rice into Nigeria and addressed the diversion of petroleum products from Nigeria to neighbouring countries.

According to him, 10.2 million litres of petrol had been stopped from being diverted out of the country since the borders were closed, while producers of local food were making increased earnings.

On security, the customs boss stated that so far, 317 suspected smugglers and 146 illegal migrants had been arrested.

He said, “Also, some items seized are 21,071 pieces of 50kg bags of parboiled foreign rice; 190 vehicles; 891 drums filled with petrol; 2,665 jerry cans of vegetable oil; 66,000 litre-tanker of vegetable oil; 133 motorcycles; 70 jerry cans of petrol and 131 bags of NPK fertiliser used for making explosives. The estimated monetary value of the intercepted items is about N1.43bn.”