The Nigeria Customs Service has said that it was wrong for stakeholders to blame the Customs officers for every delay encountered in the cargo clearance processes, saying that cargo clearance is a chain process and everybody has a role to play. 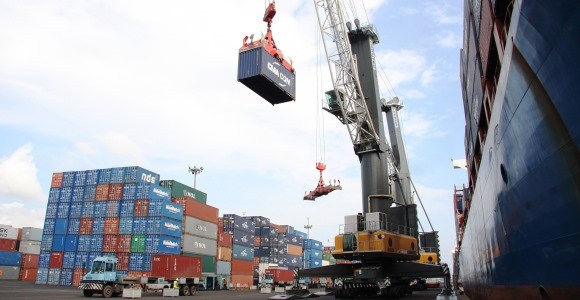 UcheEjesieme, spokesperson of the Tin Can Island Command of customs, said the command had identified certain delays in cargo clearance caused by terminal operators, shipping companies, government agencies and the licensed customs agent.

He said as a way of correcting the lapses, the Customs Area Controllers, Musa Baba Abdullahi, recently called a ‘no holds barred” meeting where the critical stakeholders were represented to discuss on restoring supply chain integrity.

Part of the resolutions at the meeting, according to him, is that Customs officers must henceforth resume work at 8am, while terminal operators must have positioned all containers for examination of cargoes to commence by 10am.

Ejesieme said “Sometimes if the agents don’t mention Customs, they find it difficult even to communicate with their principals, the importers, so we are used to leaking our wounds in Customs,meanwhile we are only limited to just two roles; examination and release of cargo”

“Most importers and agents are not ready to declare what they have, by the time we go for physical examination, you would see contradiction, this is why alerts will continue to come, if you don’t want alerts to come, and then you must be ready to be compliant”

“We are happy that over time, people are beginning to align and comply with fiscal policies of government in terms of trade”

“We started mobilising the stakeholders because we reviewed and saw that there was need for us to improve on our supply chain integrity and management, we discovered that there were gaps which are not peculiar or synonymous with customs”

“We discovered there were gaps with the shipping companies and terminal operators, gaps with some of our operatives in the field, gaps among other sister security agencies, regulatory agencies, importers and their agents,” he said.