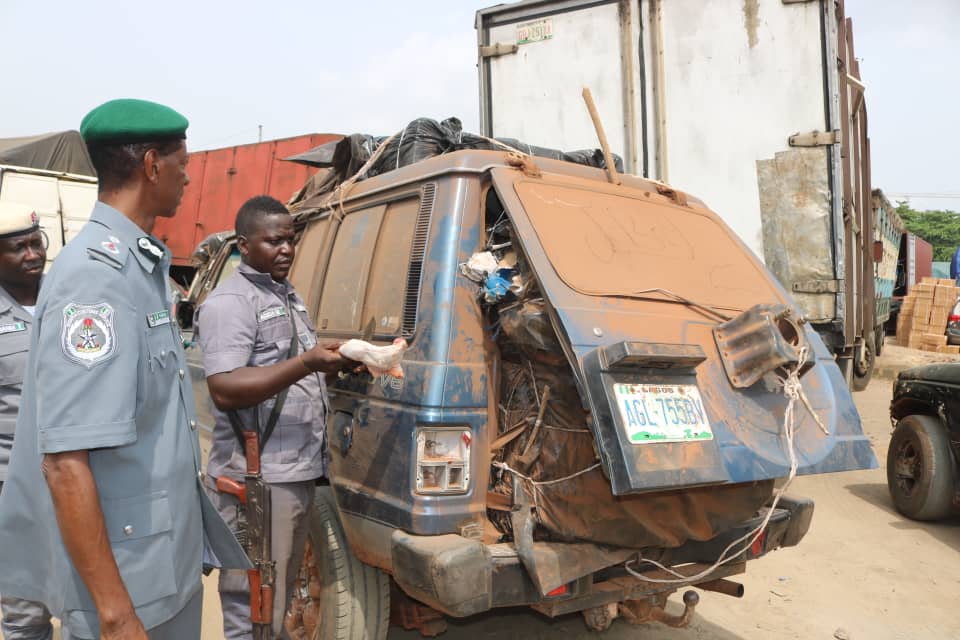 Operatives of Nigeria Customs Service, Federal Operations Unit in Zone A have intercepted and destroyed poultry products worth N20.6 million.

Usman Yahaya, acting controller of the unit, said the seizures were made in two separate operations within one week.

Yahaya in a statement on Friday said his men had sustained round the clock patrols while keeping to safe distance rules in line with Covid19 prevention techniques.

He added that the seizures came in 2,154 cartons laden in seven different vehicle of different capacities.

“These seizures , which we made within a week is a strong message to smugglers and trans border criminals. They should not be deceived into concluding that we are away from our duty posts,” Yahaya was quoted in the statement by Jerry Attah, unit’s public relations officer.

“As usual, we are on duty and will continue to surprise smugglers with seizures and arrests any time they dare us.

“These seizures were contained in seven vehicles that were quickly abandoned by the drivers who fled on sighting our officers. We had to improvise means of driving the vehicles to our premises because the smugglers ran away with the keys” Yahaya said.

Highest bulk of the seizure was achieved by a patrol team led by Steven Abah, a chief superintendent of Customs whose team brought in 1500 cartons in a swoop.