The Western Marine Command of the Nigeria Customs Service said it seized some items including imported rice and bales of Mobile Police, Immigration and Navy uniforms from smugglers. 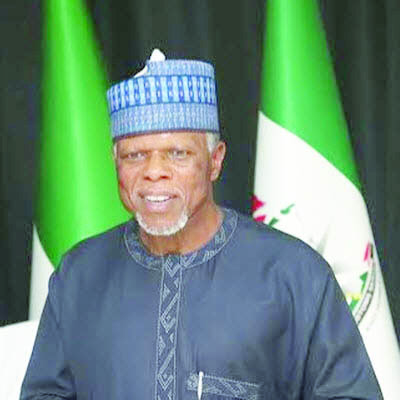 According to the command, the seized items have a duty paid value of N61.6 million.

Boyiliya Binga, controller of the command, announced this while displaying the seized items before newsmen in Lagos at the weekend.

“The Western Marine Command of NCS, the amphibian arm of the service, is saddled with the main statutory function of suppressing the smuggling activities on the waters in the entire South-Western region of the country and enforcing other extant laws that the service may assign to it.

“The fight against smuggling activities in the command under my leadership has continued to gather momentum, thus leading to massive seizures despite continued warnings and advice to the smugglers.

“We have been making pleas to these smugglers to stop their evil trade and engage in meaningful businesses that will benefit them and the country, but they are determined to go ahead with their nefarious activities.

“To this end, the command embarked upon several strategies in curbing this menace, a 24-hour patrol of the water was intensified and combing of the creeks and beaches were re-invigorated,” Binga said.

With the inauguration of the command’s sea-going vessels, the tempo of anti-smuggling operations had increased, he said.

The comptroller said that the first launch of the sea-going vessel, Customs Pride, with 10 officers on board, had led to remarkable exploits and seizures.

The comptroller said that the seizures were made at different locations within the command’s area of jurisdiction, including the high sea.

He said that even with the Operation Ex-Swift otherwise called Border Drill, some citizens had remained adamant and refused to repent, despite losing their contraband items running into millions of naira.

Binga said that the Federal Government’s policy on agriculture was not a guarantee for people to illegally import machete into the country.

“We want to make it clear to these economic saboteurs and their accomplices that customs do not negotiate with smugglers as items found to be contraband will be seized and offenders prosecuted.

“Unfortunately, no arrest was made, but we are on the lookout for them and we will not relent in doing our work,” he said.