The recent outcry by the Nigeria Maritime Administration and Safety Agency (NIMASA) against the increasing war risk insurance premium charged on Nigeria-bound ships, in spite of the drop in piracy incidence in Nigerian waters and the Gulf of Guinea since February when the Integrated National Security and Waterways Protection Infrastructure known as the Deep Blue Project was deployed, has elicited devise views from industry experts who, while lauding the maritime industry regulator and the government of Nigeria for their effort toward curbing attacks in the region, have stated that the expected changes in premium would take some time to be reflected. 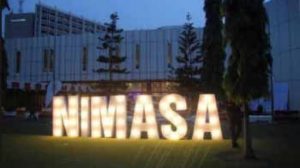 Pointing out that reducing war risk insurance will not happen like the flip of a switch, Adekunle Segun, a maritime industry expert, in a note to Business a.m., said the spate of attacks need to  practically drop before the war risk premium can be effectively reduced.

“The deep blue sea project is a step in the right direction but premium payment is a business factor, the spate of attacks need to reduce practically before the war risk premium can be effectively reduced,” he said in a note to Business a.m.

Earlier in June, Nigeria had officially launched the ‘Deep Blue’ project with equipment worth $195 million, consisting of aircraft, boats and vehicles for use to strengthen security in line with its primary objective of securing Nigerian waters along the Gulf of Guinea, as well as the country’s oil infrastructure with a coordinated combination of land, sea, and air forces. This is as data from the International Maritime Bureau shows that in 2020, 95 percent of the 135 seafarers seized worldwide were kidnapped in the gulf, in 22 separate incidents with hostages usually taken to Nigeria where ransoms are negotiated.

On the basis of this high tendency for criminal activities in the region, global insurance firms, such as Beazley, now offer a policy called “Gulf of Guinea Piracy Plus,” to provide compensation for illegal vessel seizures and crew kidnappings, even in the absence of ransom demands, as an insurance plan for maritime crew travelling through the area. As a result of the high risk, the insurer limits claims to $25 million as premiums for this type of coverage are decided on a case-by-case basis.

For instance, in addition to the normal Hull and Cargo insurance, Beazley insurance in partnership with Maritime Asset Security and Training (MAST) Limited offers the ‘Gulf of Gunea Piracy Plus’ to cover the illegal seizure of a vessel as well as the kidnapping of crew. In the event of an illegal seizure, the cover helps to compensate for the loss of the vessel and its cargo while facilitating the speedy and safe return of vessel, cargo and crew. While the limit for this kind of product  is $15 million, the combined war and piracy coverage (Gulf of Guinea Piracy Plus in conjunction with our war coverage) has a fully combined policy with limits up to $75 million.

With a goal to demonstrate preparedness for full deployment to fight the ongoing and spiking piracy level, mostly emerging from Nigeria’s Niger Delta region, the Nigerian Maritime Security Unit (MSU) of the Deep Blue project is structured to consist of personnel from the Nigerian Navy, Nigerian Army, Nigerian Air Force, Nigeria Police, and Department of State Services, who conduct regular simulation exercises.

Bashir Jamoh, director general of the Nigerian Maritime Administration and Safety Agency (NIMASA), speaking at the launch, stated that the deployment of the assets of the Deep Blue project signifies another level of national security designed for total spectrum maritime security and better domain awareness using some of the latest technology. According to him, the effort will give Nigerians more leverage to harness the enormous resources of her maritime environment and aid the drive towards economic diversification.

While the effort of Nigeria has been lauded nationally and internationally, some industry practitioners feel that more efforts would have to be channeled to reducing piracy level in order to attract a reduction or removal of the war risk insurance premium.

The United Nations (UN), through Kitack Lim, secretary general, International Maritime Organisation (IMO), commended the effort in the fight against piracy and armed robbery in the Gulf of Guinea maritime domain. According to him, the move marks a major development in the world to avert piracy in the region. However, she noted that more work needs to be done to ensure success of the objective to enhance security in the Gulf of Guinea.

Neil Roberts, head of marine and aviation at the London-based Lloyd’s Market Association, speaking on the issue said, “Recent efforts are not enough to fill crews, owners or insurers with confidence, It is encouraging of course, but cannot be said to be safe,” in reaction to the call by Bashir Jamoh, director general, NIMASA, to the international shipping community to rethink the issue .

“There is an enhanced risk to ships and crews and, until that has clearly been removed, Nigeria will remain a Listed Area,” Roberts added.

Providing further explanation on the nature of the insurance, Adekunle Segun, noted that the war risk insurance or premium is a type of added insurance in aviation or marine insurance business usually levied on transiting or delivering cargoes to high-risk areas where there is a very likely occurrence of war, such as piracy, hijacking, or attack on vessels and cargoes.

“We need to laud our government for achieving this feat and initiative. The rate of hijacking, piracy, robberies has been on the increase in the Gulf of Guinea. Nigeria has one of her maritime strengths in the Gulf of Guinea (GOG) so this project will really help in curbing these incidents. With facilities like these in place attacks on our waters will be greatly reduced if not eradicated,” said Segun.

Responding to the question on continuous spike in premium despite plans in place to curb the incidence of piracy, he said there is a need to observe the effectiveness of these equipment and project over a period of time as there is a need to actually get the attack to reduce in practical terms and get the insurance firms to see this before the premiums can be mitigated.

“What we all should be happy about is the fact that the project is already running. However, there are stages that need to be done before we start enjoying the result.

“Insurers need to see the effectiveness of this project on the vessel via reduction in successful piracy attacks. When they see this we would not have to push for the reduction; they will, on their own, reduce it significantly” Segun further said.