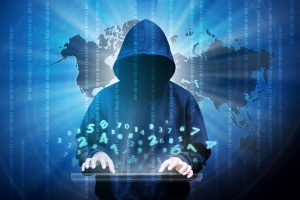 According to the report, which was unveiled Monday in Lagos, the amount, which is equivalent to N288 billion using N360 exchange rate benchmark, was incurred by financial services companies, government institutions, telecommunication firms and financial technology companies operating in Nigeria, among others.

This figure reflect an increase of 27 per cent in cyber attach trend in 2018, compared with $649 million lost to the scourge in the previous year, 2017.

The report was launched by Demadiur Systems Limited at a Nigeria Cyber Security Summit in Lagos on Monday which focused on the theme “Combating the Global E-fraud.”

The highlight of the report indicates that in Nigeria, as at the end of the year under review, there were just 3,500 cyber security skilled professionals and there were skills shortage at senior management and mid management levels.

The report also showed that 70 per cent of companies in the country are going to face talent shortage of cyber security professional in 2019 and beyond as the human resources arms of these companies face the constraints of lack of technical experience and lack of certifications in cyber security on the part of those they intend to employ.

The 2018 report also revealed that organisational spending in cyber security increased by 17 per cent from 2017 as respondents spent above $500 million dollars in 2018.

While presenting the report at the cyber security summit, President, Demadiur Systems Limited and President, Medallion Communications Limited, Ikechukwu Nnamani, however noted that the money spent by most of the companies were to take remedial actions.

According to him, “Most of the companies did not take security serious until after they are hit. Then, they start taking remedial actions with fire-brigade approach, and when vendors show up to arrest the situation, they charge them huge sum.”

Meanwhile, the report further shows that there was a 21.3 per cent increase in the number of reported cyber crime incidents to the police in 2018, noting however that only 2.6 per cent of such cases led to successful prosecution of culprits.

According to Nnamani, despite the increase, the reported cases were still small given the unabated prowls by cyber security perpetrators in the country.

He noted that findings by the report hinged victims’ apathy to report cyber attacks on factors such as feeling of shame, especially by financial institutions, lack of confidence in the judicial system, ignorance, greed which automatically makes the victim guilty of his own action, lacking trust in the forensic investigation system in the country, among others.

The 2018 report also showed that during the year, locally engineered malwares were on the rise, fraud through mobile platforms multiplies and targeted phishing attacks took to the high side.

Since most companies can now see the handwriting on the wall that the cyber attacks on their operations are not ready to subside anytime soon, they recorded about 50 per cent increase in involvement of their board members on matters of cyber security.

According to Nnamani, “To ensure that the result of our survey and research provide a nationwide representation of the state of the cyber security, we interviewed several people within Nigeria, who numbered 300.