Dangote Cement, one of Nigeria’s most capitalised companies in the country’s stock exchange, said it had concluded the purchase of 40.2 million shares in the first tranche of its planned share buyback programme.

The programme will see the African largest cement producer largely owned by Africa’s richest man, Aliko Dangote, repurchase more than 10 per cent of its issued share capital over a period of time. 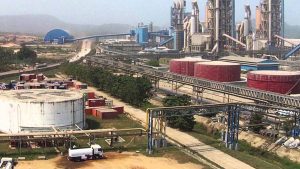 The repurchase of the 40.2 million shares is coming just three weeks after the company announced the plan following the approval by its shareholders at an extraordinary general meeting held in January 2020.

However, subject to prevailing market conditions and under the current daily trading rules of The NSE, the company through its appointed stockbrokers will at its discretion purchase DCP shares in the open market over the duration of Tranche I.

According to a statement by the company filed to the local bourse on Monday and signed by Edward Imoedemhe, deputy company secretary, the total number of shares repurchased was 40.20 million at an average price of N243 per share, representing 0.24 per cent of the company’s issued and fully paid ordinary shares, while the total value of shares repurchased was N9.77 billion.

The company also noted that following the conclusion of Tranche I, the total number of residual issued and fully paid outstanding shares of Dangote Cement Plc amounts to 17,000,307,404. Execution of this Tranche I did not have any material impact on the company’s financial position, it said.

Dangote Cement, in its issued statement, said it will continue to monitor the evolving business environment and market conditions, in making decisions on further tranches of the share buy-back programme.