An approval given to an application made by Dangote Cement Plc, for a pioneer tax status, is expected to reduce its tax rates for the closing
financial year and help boost its earnings for 2018 when the final results are released, the company’s management has disclosed.

The confirmation of the approval received by the group wa 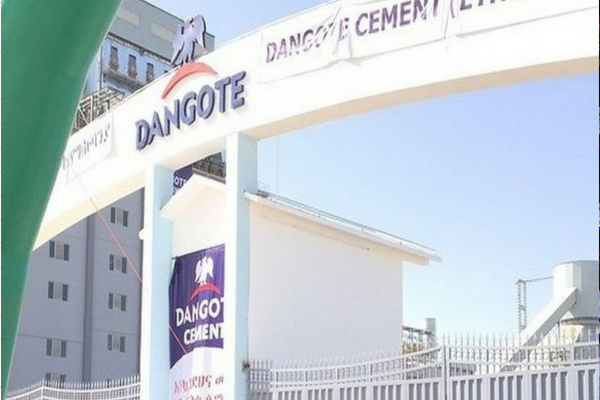 s made known in a conference call to investors on Tuesday following the release of the company’s third quarter earnings.

The firm is expected to receive the accompanying certificate of the pioneer tax by end of October 2018, which will likely reduce its
effective tax from 28 percent as at 9M-18 to 15 percent by end-2018

Performance projection for the short to mid-term indicates that earnings growth by the end of 2018 will be much stronger as a result of an
adjustment for the one-off 84 percent effective tax charge in Q4 17 and upon receipt of approval for waivers vis-à-vis the pioneer tax incentive in Nigeria.

Other group highlights from the firm shows the Ghanaian operation now has a new management, and a number of cost containment programmes are in place to boost EBITDA going forward.

Also, the management noted that all kilns in Nigeria are now running on Nigerian sourced gas and coal while own-mined coal accounts for up to 90 percent of coal used by the group in Nigeria. The balance is obtained from 3rd party companies as a strategy to ensure security of fuel supply.

The company’s management further disclosed that the group is in the process of commissioning a 2.5Mts/yr plant in Niger Republic by 2020.
The investment, which external sources say will cost the group $250 million, is strategic, as it is planned to reduce the burden of
exporting from Nigeria – management said most of the group’s export from Nigeria is currently to Niger, and upon completion, will serve
neighbouring Chad, Burkina Faso, and Mali.

On the update from Tanzania, the cement firm said its plant will become gas-fired from early November adding that connection to gas plant should reduce per tonne cost by $25, and  300,000 tonnes (from average 200,000 tonnes in Q2 and Q3) output is achievable once plant starts running sustainably on gas.

The firm also disclosed that sales volume in Cameroon in Q3 (-17% y/y and q/q) was affected by a 4-week unplanned shutdown in production which has now been resolved.

The management noted that the group is adopting “regional pricing strategy” to protect market share in Nigeria, and is also flexible on
pricing in some outside Nigeria markets (e.g. Zambia, Senegal, Congo q/q) in support of volume.

Dangote cement’s management further noted that heavy rain and flooding affected key markets in Nigeria in September. So far, October is -2% vs October 2017. According to management, “but when we’ve had flooding before, we usually see a strong bounce a couple of months later” they said.