The board of directors,Dangote Cement Plc has announced the appointment  of  Arvind Pathak as its  Group managing director, effective from 1 March 2023.

This was disclosed in a corporate disclosure dated 18 January 2023, signed by Edward  Imoedemhe, the Company’s  Secretary/General Counsel.

According to the disclosure, the  appointment of Pathak will be included in the Agenda at the next annual general meeting for ratification by the shareholders in accordance with the Companies and Allied Matters Act (CAMA). 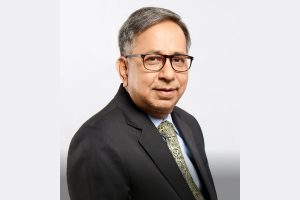 Pathak is an experienced business leader who served as managing director and chief executive officer of Birla Corporation Ltd. His expertise has seen him work under various capacities in the Dangote Cement company, including serving as the chief operating officer and deputy Group managing director of the company until 2021.

With over 30 years of experience in the cement industry, he has worked most of his tenure in turning around businesses, operations and maintenance of plants, as well as leading important greenfield projects.

On the other hand, Michel Puchercos will be  retiring as Group managing director/CEO of the multinational cement manufacturer, after three years of unalloyed service, effective 28th February 2023.