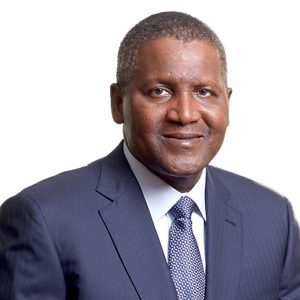 During the disbursement exercise, Aliko Dangote, chairman of the multinational conglomerate, represented by Mansur Ahmed, the company’s group executive director, said 1,000 women across the state’s local government areas were selected to participate in the programme and each of the beneficiaries received N10,000.  He further informed that similar empowerment grants had been made in 13 other states in the past two years.
The micro grant programme, according to Ahmed, is a major component of the economic empowerment pillar of the Dangote Foundation aimed at  empowering 1,000 vulnerable women in all the 774 LGAs across the country.
“It provides vulnerable women with a one-off, unconditional N10,000 cash transfer to boost their household income generation, which will help reduce their vulnerability and meet their livelihood needs,” he said.
The Dangote Group executive director also stressed that aside from the empowerment programme for women, the foundation will introduce programmes to improve health facilities towards enhancing quality healthcare delivery in the state.
Bauchi State governor, Bala Mohammed, said the partnership between the foundation and the state government was a manifestation of their commitment to empower and improve the economic status of women.
Mohammed noted that the beneficiaries were selected, without prejudice to party affiliation, religious inclination or tribe, and assured of a hitch-free disbursement exercise as required by the agreement.
The governor added that a comprehensive report on the disbursement in the state would be published at the end of the disbursement.
“We must, therefore, thank and appreciate the philanthropic initiative of Aliko Dangote aimed at bringing succour and solace to the displaced households, by enhancing their means of livelihood.
“The positive impact of the Aliko Dangote Foundation’s philanthropic initiatives has already been felt in the state in education and health care service delivery,” he said.
In her remark, Aisha Mohammed, wife of the Bauchi State governor, commended the gesture, saying that it would improve the social and economic wellbeing of rural women in addition to encouraging the women to venture into petty trading, make profit and support their families.
She noted that the state government had empowered women in various areas and feedback received from previous women empowerment programmes and encouraged the beneficiaries to ensure effective utilisation of the disbursements by making investments in productive activities.