The oncoming Dangote refinery has the capacity to provide more than half of the planned distillation additions in Africa in the medium term, according to the Organisation of Petroleum Exporting Countries (OPEC). 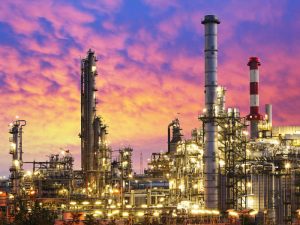 The oil cartel, which made the disclosure in its latest World Oil Outlook report, also projected that natural gas will become the second-largest fuel in the global energy mix by 2030.

The commissioning of additional, mostly modular units in Ghana and Senegal is also expected.

The additions and enhancements of these new projects, which are largely driven by the Dangote refinery, may help Africa to meet its fast increasing demand, according to the organization.

In its view for the medium term, the organization said that Nigeria will likely see the addition of some small modular refineries with capacities of up to 20,000 b/d, therefore adding more-needed capacity to the country.

The report also said that demand for gas is projected to increase by 19.6 mboe/d, reaching 56.3mboe/d in 2045, supported by demand in all sectors. In the coming years, it is expected that natural gas will eventually replace the usage of coal and conventional biomass and continue to be a fuel of choice.

In its explanation for the projected increase in gas use, OPEC said natural gas has a long-term promise based on adequate gas resources and its relatively low CO2 emissions. For this reason, many countries would like to increase their share of gas in their energy mix. The percentage of natural gas in the world energy mix would increase from 23 percent in 2021 to almost 24.5 percent in 2045.

The outlook report also stated that OPEC members like Nigeria will drive the increase in global gas consumption. Due to this, non-OECD nations’ share of global gas demand will increase from 55 percent in 2021 to 66 percent in 2045.

Natural gas will be crucial in ensuring that more people in Africa have access to modern energy and diminishing the traditional usage of biomass for heating and cooking.

As the cleanest hydrocarbon, natural gas, according to OPEC, is the ideal regional solution for Africa in the fight against poverty and climate change, as well as one of the best alternatives for sustainability.

In comparison to 2020, when Africa supplied 6 percent of the world’s natural gas supply, the OPEC forecast predicts that by 2050, Africa will supply more than 9 percent of it.

Gas projects amounting to 18.8 million tons per annum (mtpa) are being built in Mauritania, Mozambique, and Senegal; 9 mtpa have obtained a final investment decision (FID) in Congo and Nigeria; and 26.4 mtpa are in various stages of front-end engineering design (FEED) elsewhere on the continent. In addition, there are 41.2 mtpa of potential and stalled projects and 64 mtpa of proposed projects