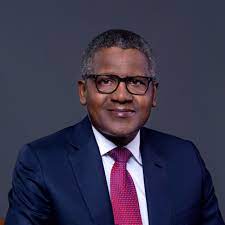 The Nigerian billionaire and wealthiest African, while disclosing his diversification ambition in the Central African country, following a recent meeting with Paul Biya, the Cameroonian president, in Yaounde, said the multinational  company plans to expand its investment to other sectors including oil and gas.

“Years ago, we established a cement subsidiary in Cameroon, and we have plans to expand our investments to other sectors beginning with oil and gas,” he noted.
Dangote, also commended the incentives Cameroon is granting investors as well as the support received from the Cameroonian government when he was establishing his cement plant in Douala, between 2011 and 2015.
He assured that his company, which launched a 1.5 million-tonne cement grinding facility in 2015, will double cement production in the country and maintain its dominance in the country’s cement production sector bringing to an end, four decades of French monopoly in the sector.

Dangote’s oil expansion ambition is, however, expected to face stiff competition from other entities as  Africa-focused Savannah Energy and Exxon Mobil Corp are in exclusive talks over the sale of Exxon’s interest in energy assets in Cameroon, analysts observed.
According to reports, the British oil and gas producer is proposing to buy a 40 percent operating interest in the Doba oil project in Chad, and a 40 per cent interest in the Chad-Cameroon oil transportation pipeline.