Delta, an oil-rich state, with a gross domestic product economy in excess of $20.79 billion, has assured its Diaspora population of its full support for the forthcoming Diasporal business conference holding in Asaba, the state capital in December. 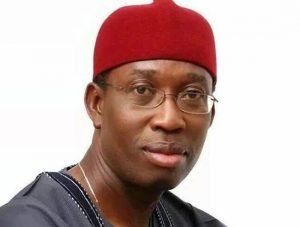 The state’s Diasporans have listed areas of concern for their inaugural business summit to include: agriculture and agribusiness, oil and gas service covering up, mid-and downstream, light manufacturing, electricity and power generation, transport, ICT, property and real estate, and education, among others.

While saying that the conference would be an annual event, he added that it would work with the Delta State government to liven the vision of Governor Ifeanyi Okowa for the betterment of all Deltans.

The goal of the conference is to highlight deliverable investment outcomes on an annual basis through the engagement of relevant agencies of the state government, Osakwe said, adding that the purpose is to create better organised channels for Deltans abroad to invest in the economy of the state through capital, intellectual capacity and network inflow.

Osakwe said the conference would not be restricted to a yearly meeting, but would work closely with stakeholders, such as office of the senior special assistant (SSA) to the governor on international affairs, currently headed by Genevieve Mordi.

He informed that the conference has opened talks with the Central Bank of Nigeria (CBN) Diaspora Remittances unit to straighten inflow of diaspora remittances in the various states, and Delta in particular.