By Sade Williams/Business a.m.
Delta Airline has set two “Last Call” dates for its direct flight out of New York JFK Airport into Lagos Murtala Muhammed International Airport in Nigeria and out of that city, in what it says is a suspension due to low season. 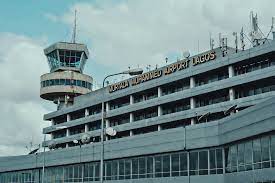 But Delta’s announcement just happens to coincide with a raft of such announcements by other foreign airlines who have either suspended flights into the country or are demanding that tickets should now be purchased in dollars in Nigeria following a lingering foreign exchange scarcity that has hit many international carriers with over $600 million said to be trapped in the country.

Nigeria’s central bank responded just a little over a week ago by making available $265 million to cut down on the backlog but it still has not made those airlines review their earlier decisions to suspend flights into the country. Emirates had been the first to act when it said three weeks ago that it had $85 million which it was not able to repatriate. British Airways and Turkish Airline then said they would sell tickets in dollars to Nigerians in Nigeria.

Although Delta did not directly link the stoppage to the difficulty international carriers are facing with repatriating their funds from Nigeria, analysts say the decision might not be unconnected given that it also operates scheduled services between Atlanta and Lagos, and would therefore like to cut the level of its trapped funds.
The flights it is now suspended have been direct from New York’s JFK Airport to Lagos Murtala Muhammed International Airport.
In a statement to customers the airline stated that the route suspension was due to low season and to fit into “the current demand environment.”
“As we proceed into the low season, effective October 07, please be informed that LOS-JFK direct flights will be suspended.
“We regret any inconveniences caused. Ticketed passengers will be rebooked on the ATL daily flights.
“Delta is suspending its nonstop service between New York-JFK and Lagos to fit the current demand environment.
“The airline continues to operate service between Lagos and Atlanta and offers onward connections to New York and other cities across the United States.
“Customers impacted by our suspended New York-JFK to Lagos service will be re-accommodated on Delta-operated flights or services operated by our joint venture partners. Delta remains committed to the Nigeria market,” the statement reads.
Delta’s communications contact in Lagos also confirmed that ‘the last date of service for its New York-JFK to Lagos flight will be 6 October 2022 and last service departing Lagos to New York-JFK will be 7 October 2022.’
Businessamlive Website Stats