Governor Ifeanyi Okowa’s government in Delta State is apparently nudged by an emerging acceptance of the state’s airport by international airlines. He declared that the oil-rich state, with an estimated $20 billion gross state product (GSP) economy is set to receive foreign direct investments. 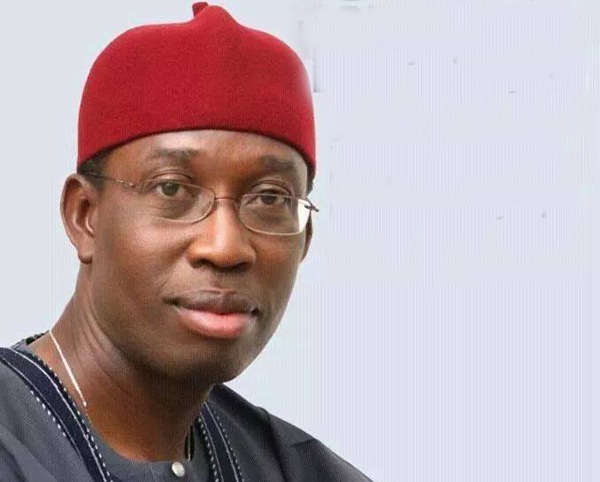 The state is making efforts to diversify the state’s revenue base from solely oil. Tourism and agricultural development are other areas the government is looking at developing into major revenue earners.

Industries in the state include: Glass Factory at Ughelli, African Timber and Plywood factory, Sapele and Asaba Textile Mills. But most of these are either moribund or producing at abysmal levels.

Okowa said it was a milestone for Asaba International Airport to receive a second international flight in a short time after its opening. This followed the recent successful landing and take-off of an Egypt Air flight Boeing 737-800 category at the airport. The airline had brought in the Pharaohs of Egypt national football side for a friendly football match with Nigeria’s Super Eagles last Friday. Later, the wide body aircraft took the Egyptian players back to Cairo.

For the governor, the feat added fillip to the state’s quest to develop its economy along tourism line. “It proved that our state is ready for investors, and open for business,” he said.

A Max Air flight from South Africa was the first international flight to land at the airport, with the construction of a 3.4 km runway last year, and now the Egypt Air.

Ramy Mansour, the captain of the Egypt Air flight narrated to newsmen at the airport that: “Driving into Asaba (Airport) was a very good experience. The controls were very professional; and the landing was very good. The hills were nice to us, and everything was okay.”

He expressed hope of landing at the airport again.

Patrick Ukah, Delta’s commissioner for Information said the feat was an attestation to the good work done at the airport by Governor Okowa’s administration.

“As you are aware, this is the second international flight that is landing and taking off from Asaba Airport.  I think that sends a good message that we are ready for investors, and for those who want to visit (the state) for tourism,” Ukah said.

He said the state government was pleased to hear that the Egyptians had good things to say about the Asaba Airport.

Ukah said the state government was still working to ensure the airport met all the required safety standards to make it truly an international gateway.

Austin Ayemedejor, the airport manager, said it was strategically located as a major gateway to the eastern part of Nigeria, where there are a lot of businesses.

“One of the largest markets in West Africa is in Onitsha, fifteen minutes away from Asaba. It’s easy for air passengers and their cargoes to access Onitsha, when they use the airport.

He said the Federal Government has commenced work on the cargo wing of the airport, adding that the coming of the airport has made possible the various international friendly matches at the Stephen Keshi Stadium, Asaba.