Maritime activities at the struggling Port-Harcourt Port, Nigeria’s oldest seaport are now repugnant and laden with prohibitive costs to importers and shipping agents, due to the de-commissioning of Bua & Ports Terminals Limited (BPTL), one of the terminal operators at the port by the Nigerian Ports Authority (NPA), regulator of the nation’s seaports. 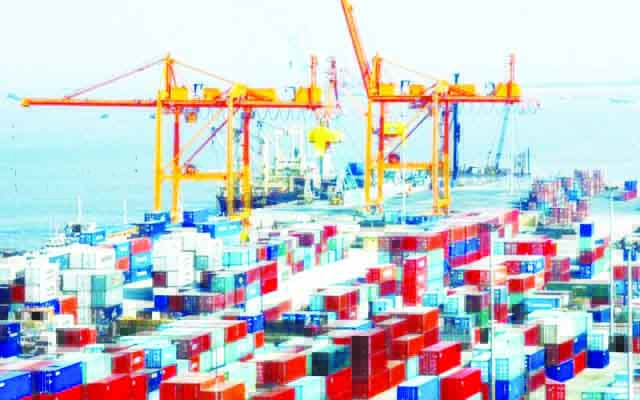 Unfortunately, the action comes at a time the over 100-year-old port was beginning to pick up in cargo throughput after many years of low activity, due to neglect by NPA.

The de-commissioning in May this year was NPA’s sledgehammer with which it hit Bua, its second tenant at the Port Harcourt port. Since then, the port regulator (NPA) has been locked in a somewhat mutually-destructive legal battle with its terminal operator.

The source of the sore-point relationship between the landlord-regulator and tenant-operator stems from berths 5–7 which Bua wrote to inform NPA that they had become unsafe to berth vessels. The NPA, rather than seek audience with the terminal operator went for the jugular – summarily de-commissioned the berths. It (NPA) claimed that it took the action “to avoid loss of lives and property.” At this point, Bua slammed a court case against NPA, challenging its decisive action which it (Bua) termed as highhanded and anti-business.

After many months of legal tussle at different courts – the Port Harcourt Federal High Court and the International Arbitration Court, London, UK – without any judgments, both parties appear wearied from the court processes.

Today, the only terminal operator, the PTOL (Ports and Terminal Operators Limited) is handling vessels traffic at the Terminal A of the port. Terminal B, being managed by Bua, is de-commissioned. No activity has been taking place there since May this year, as a visit by our correspondent revealed.

We were reliably told by top officials at the port that the sole reason for the higher vessel turn-around time is the de-commissioning of Bua by NPA management in Abuja. All vessels coming into the port are being handled by PTOL using its four berths (1-4), instead of the initial seven used by the two terminal operators.

Additionally, vessels are said to be queuing up on the port’s channel, waiting for turns to be discharged of their contents after the ones mooring at the four berths have moved out. Some maritime top officials at the port told our correspondent that the situation was despicably accumulating demurrages for importers and shipping agents.

Resolution of the Bua – NPA dispute appears to be far from being achieved, our findings proved. The Bureau of Public Enterprises (BPE) which was drafted in by the Federal Government to mediate, is yet to reconvene a second tripartite negotiation meeting, since about two months after an initial one could not make much progress.

Both parties (NPA and Bua) now appear evidently wearied out from their separate non-concluded legal cases. Each of them has been losing revenue – Bua loses from vessel-cargo handling charges – NPA loses revenue payments from Bua.

Mohammed Lile Ibrahim, general manager of Bua, while narrating to the House of Representatives committee on Ports and Harbour, a series of challenges his company has faced at the Port Harcourt Terminal B, said, since the 2006 ports concession, they have paid a total of $29 million or N8.845 billion (by current $-Naira exchanges) as revenue to the Federal till; while at the same time they have invested in excess of $32 million in facilities and upgrades at their section of the port.