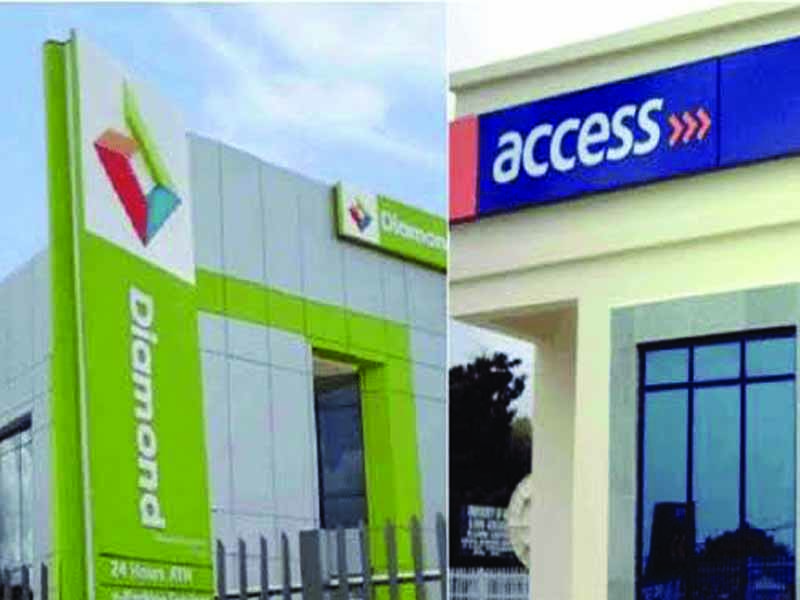 The Board of Diamond Bank Plc on Monday finally announced its merger with Access Bank Plc.

The merger is expected to be completed in the first half of 2019.

The News Agency of Nigeria reports that both banks recently denied media reports of any merger.

The bank’s Chief Executive Officer, Mr. Uzoma Dozie, said in Lagos that the Board had selected Access Bank as the preferred bidder with respect to a potential merger of both banks.

Dozie said the potential merger of the two banks would create Nigeria and Africa’s largest retail bank by customers.

He added that the transaction to be completed in the first half of 2019 was in the best interest of all stakeholders.

Dozie said the completion of the merger was subject to certain shareholder and regulatory approvals.

“The proposed merger would involve Access Bank acquiring the entire issued share capital of Diamond Bank, in exchange for a combination of cash and shares in Access Bank via a Scheme of Merger.

“Based on the agreement reached by the boards of the two financial institutions, Diamond Bank shareholders will receive a consideration of N3.13 per share, comprising N1 per share in cash,” he said.

“The offer represents a premium of 260 per cent to the closing market price of 87k per share of Diamond Bank on the Nigerian Stock Exchange as of December 13, 2018, the date of the final binding offer,” Dozie said.

He said the bank’s shares would be absorbed into Access Bank at the completion of the merger and Diamond Bank would cease to exist under Nigerian law.

Dozie said the proposed combination with Access Bank would create one of Africa’s leading financial institutions.

“The board of Diamond Bank believes that the proposed combination of the two operations provides an exciting prospect for all stakeholders in both businesses, he said.

“Access Bank and Diamond Bank have complementary operations and similar values, and a merger with Diamond Bank with its leadership in digital and mobile-led retail banking.

“This could accelerate our strategy as a significant corporate and retail bank in Nigeria and a Pan-African financial services champion,” sa