If there is one thing that the current COVID-19 and oil price crises have demonstrated, it is that African oil-producing nations are still not economically diverse. Despite repeated actions taken by their 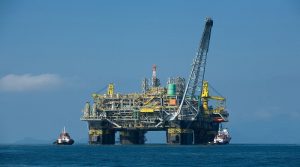 governments over the past decade to diversify their economies, especially following the 2014-2016 African recessions, not enough has been done. Energy experts say economic crises in African oil producing countries this year will be so severe that they could reach double digit economic recessions.

Already, countries like Nigeria, Angola, Gabon, Congo or Equatorial Guinea are presently dealing with unprecedented lows in oil prices, and they now struggle to keep their economies afloat.

Kola Karim, chief executive officer and managing director of Shoreline Natural Resources predicts that the current downturn could well be the historic turning point these economies need to seriously put diversification at the top of economic policy priorities.

To be clear, he advised that diversification does not mean the end of oil, quite the contrary. But that efficient diversification goes through a better use of oil revenues to fuel other sectors of the economy, build a stronger industrial base and create jobs; that, it also means diversifying national hydrocarbons output and increasing production, monetization and valorization of natural gas.

He said, for many African oil producers, “successful economic diversification depends on their abilities to increase hydrocarbons production and make better use of flared and associated natural gas to generate power for industries, produce fertilizers for farmers and manufacture petrochemicals for their growing domestic markets.”

By far, Nigeria, with 188.8 trillion cubic feet (tcf) of proved natural gas (according to BP, 2019), Karim states has Africa’s largest discovered gas reserves and the 10th biggest in the world. In 2019, it (Nigeria) was the world’s sixth largest LNG exporter with a 6 percent global market share, ahead of Algeria (3 percent), Angola (1 percent) and Equatorial Guinea (1 percent).

Yet, there is a snag here – virtually none of Nigeria’s LNG goes to Africa. For instance, out of the 20.8 million tonnes of LNG Nigeria exported last year, 54 percent went to Europe, 37 percent to Asia, and the rest to the Americas and the Middle East. None of Nigeria’s LNG goes to Africa. The only Nigerian gas that reaches African markets is the limited, and often interrupted, supply that goes through the West African Gas Pipeline (WAGP) to Benin Republic, Togo and Ghana.

Even then, the lack of stable gas supplies from the pipeline has forced these countries to rely on additional domestic or international sources of gas to fuel their power plants.

Another sad reality is that Nigeria flares the most gas among the African oil producing countries. To date, the continent’s economic powerhouse still flares up to 8 billion cubic feet (bcf) of gas, worth over $2.5 billion.

“The current situation in global and African energy markets is giving tremendous opportunities for Africans to take a strong position on economic diversification. In that aspect, Nigeria is the country that could take the lead position in becoming the African gas producing platform the continent needs,” stated Karim, during the just concluded Invest Africa podcast.

He is right, and unless the current crisis leads to serious gas-market policies and initiatives to monetize gas across Nigeria and Africa, oil dependence-related hardships will continue and only get stronger.

Karim says more needs to be done to monetize gas in Africa. He is happy the continent has demonstrated several successful gas monetization projects across industries and beyond just electricity generation. For example, in Benin City, Nigeria, NICPO has been developing for years a network of CNG outlets that take customers beyond petrol and diesel, and offer them a domestic, more cost-efficient, and cleaner fuel to put in their cars. On a bigger scale, domestic gas is already being valorized in the Indorama Eleme Fertilizers plant in Port Harcourt, currently under expansion, and in the soon-to-be commissioned Dangote Fertilizers plant in Lekki.

In neighboring Cameroon, Victoria Oil & Gas has been supporting the development of a strong industrial and manufacturing base on the outskirt of Douala by connecting several customers to natural gas.

Also in the Gulf of Guinea, Equatorial Guinea is building a regasification terminal to process its own natural gas across several industries such as power and cement on its mainland.

Further north in Abidjan, Côte d’Ivoire, the government has been pushing for the procurement and deployment of CNG buses that also run on domestic natural gas.

“Success stories abound all around us, yet they need to be expanded and replicated for Africa to truly embrace the benefits of economic diversification,” Karim said.

However, for all this ambition to be achieved, the development of enabling environments and sound market policies by these African oil producers is crucial to facilitate investments into gas production and gas transportation and processing infrastructure.

“Nigeria has already taken the opportunity to maximize its gas with the West Africa Gas Pipeline. As an industry, if we are able not only to ensure stable gas supplies through that pipeline, but also lay additional connections to North Africa and Europe through Niger, and to East and Southern Africa through the Central African Republic, then a country like Nigeria gives itself the opportunity to industrialize the whole continent through the production and export of its domestic gas while creating several thousands jobs,” Karim added.

In that regards, incentives to be given to such critical midstream infrastructure, along with market policies to support gas valorization, form key parts of the African Energy Chamber’s Common-sense Energy Agenda released this month.

Africa needs to get used to a post-COVID-19 world where $50/barrel is the new $100, and where diversification needs to be the key priority in order to create a new hedge and natural buffer against future downwards cycles.

Karim adds that “diversification needs to become our new reality. For Nigeria, it is time to stand up and focus on gas to become the gas platform producer that the continent needs. This pandemic should afford us all the opportunity to view our (African) countries from an internal point of view, and prepare ourselves and our economies for the next big crisis,” the Shoreline Natural Resources boss concluded.