The Debt Management Office (DMO) has called on the federal government to implement an efficient tax administration to tackle its revenue challenges, and also adopt debt management tools such as annual Debt Sustainability Analysis (DSA) and a medium-term debt management strategy (MTDS) every four years, to enable debt sustainability.

Patience Oniha, director general of the Debt Management Office (DMO), stated this during

According to Oniha, Nigeria’s debt service to revenue is extremely high and has remained a critical issue threatening debt sustainability by the federal government, an indication that urgent steps needed to be taken to boost the nation’s revenue and enhance public debt sustainability. 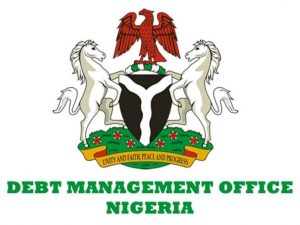 The DMO director general attributed the increase in oil theft and petrol subsidy, which have significantly reduced the revenue from oil sales that used to account for the bulk of government revenue, as the key factors of the current revenue problem.

Speaking on possible solutions and initiatives, she stressed the need for the country to  moderate its new borrowings and ensure that public debt is sustainable through accelerating its revenue base to include non-oil revenue.

“The outlook shows that both the local and international markets are becoming tighter and interest rates are rising, thus priority should be less on borrowing and more on revenues from oil and non-oil sources,” Oniha said.

She further outlined that the government should, as a matter of urgency, rationalise expenditure and accelerate the growth in revenues, including implementation of strategic actions to boost tax administration and efficiency.

Oniha also advised that borrowings should be tied to projects and some of the projects should be based on generating commensurate revenues to service loans used to finance them.

She called for sale of government assets to unlock funding, adding that physical assets such as idle or underutilised properties could be redeveloped for commercialisation to generate revenue.

Meanwhile, Oniha  noted that the nation’s total public debt to gross domestic product (GDP) of 23.06 per cent as of June 2022, was still within Nigeria’s benchmark limit of 40 per cent. She added that the  figure is also within the World Bank/International Monetary Fund (IMF) recommended limit of 55 per cent for countries within Nigeria’s peer group and 70 per cent for ECOWAS countries.